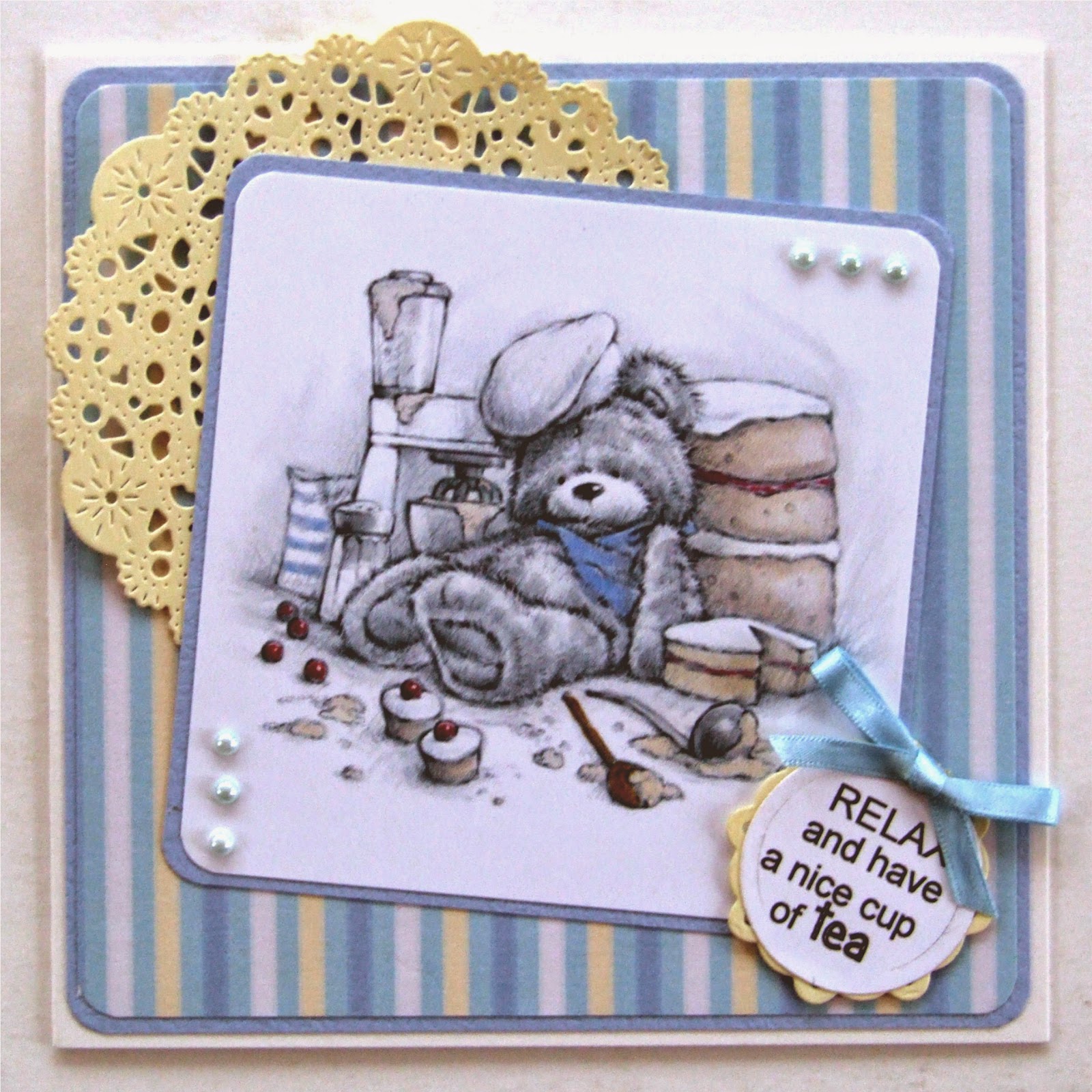 
This is the last of the cards I have been making over the last few days. 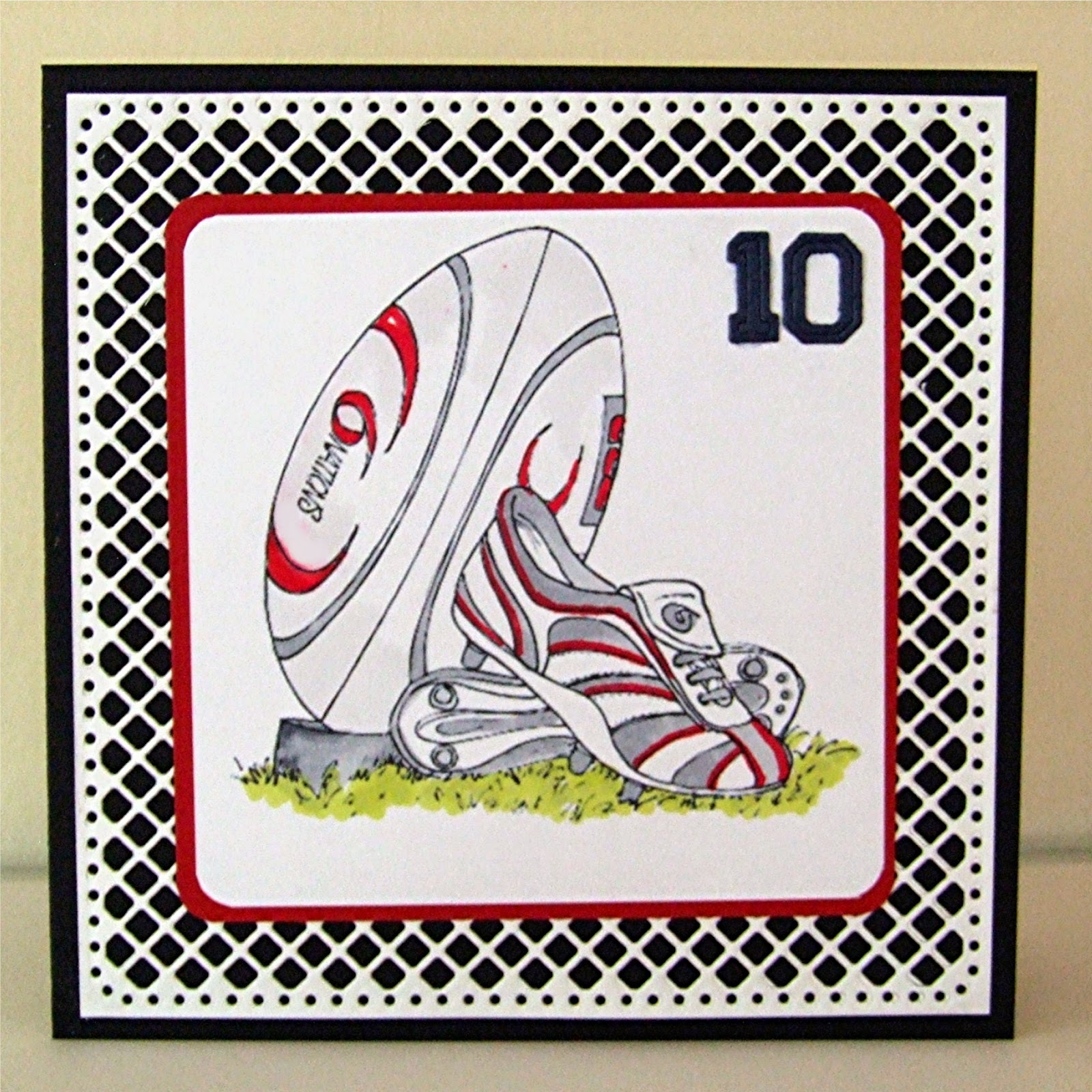 This card is for my nephews birthday , he is a keen rugby player for his school, I find boy's cards quite difficult so hope this one is appropriate. 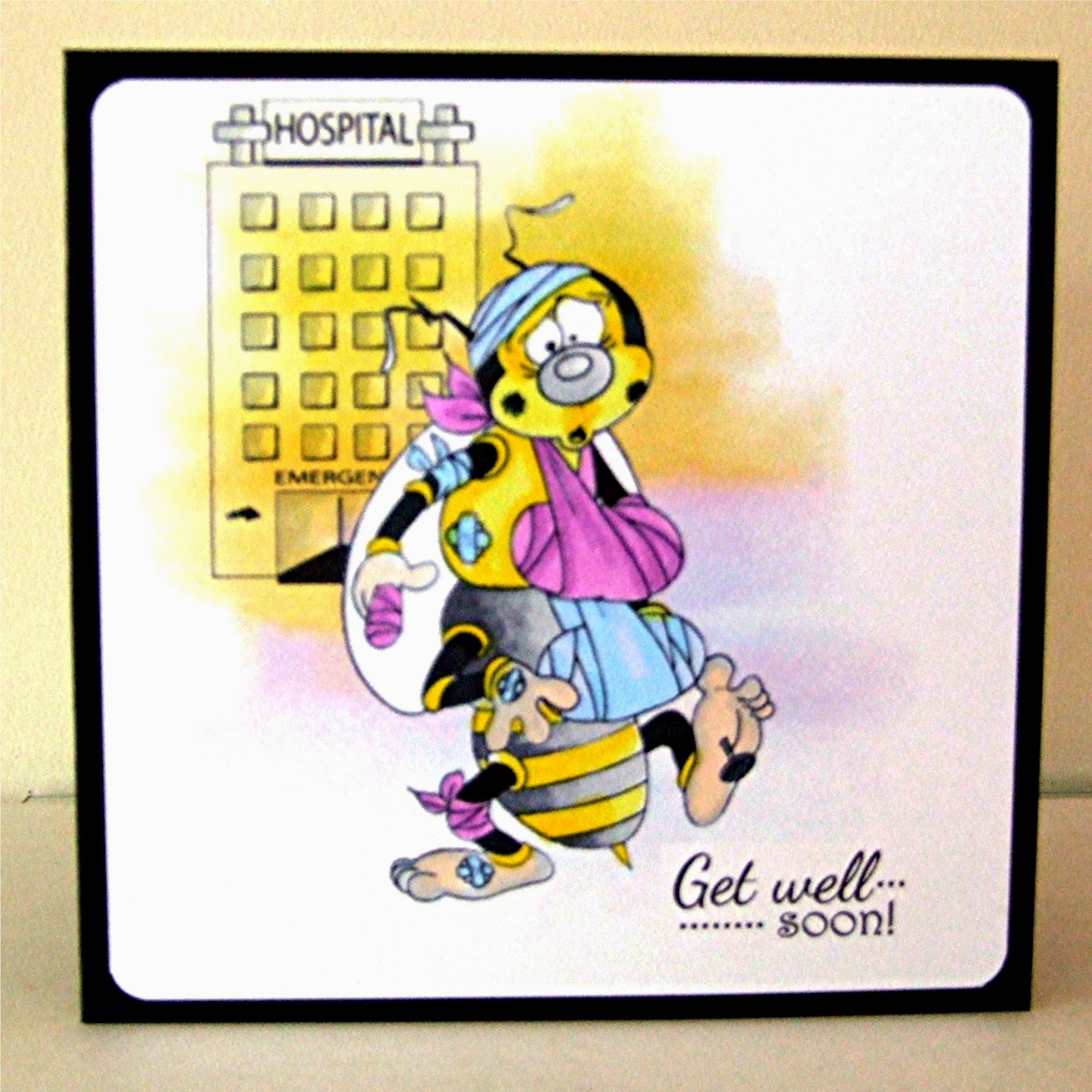 
I wish I'd reversed my background shading there's so much yellow at the top, but it looks paler in real life. 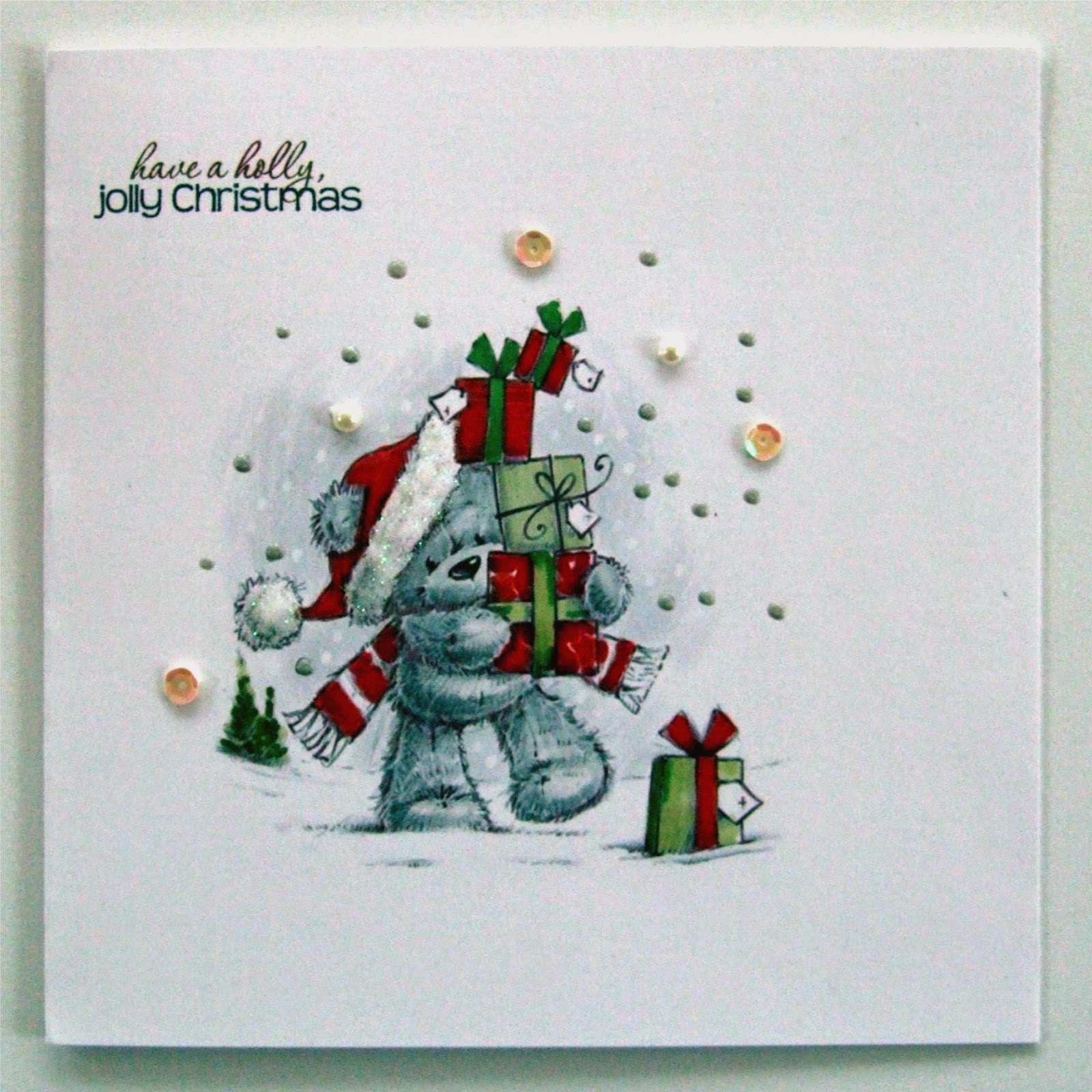 I have had so little free time this past week, trips away have filled my days and been really enjoyable despite the miserable weather.


This is a quick card for the 52CCT Challenge 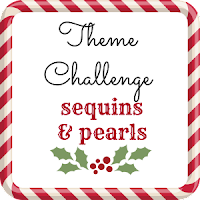 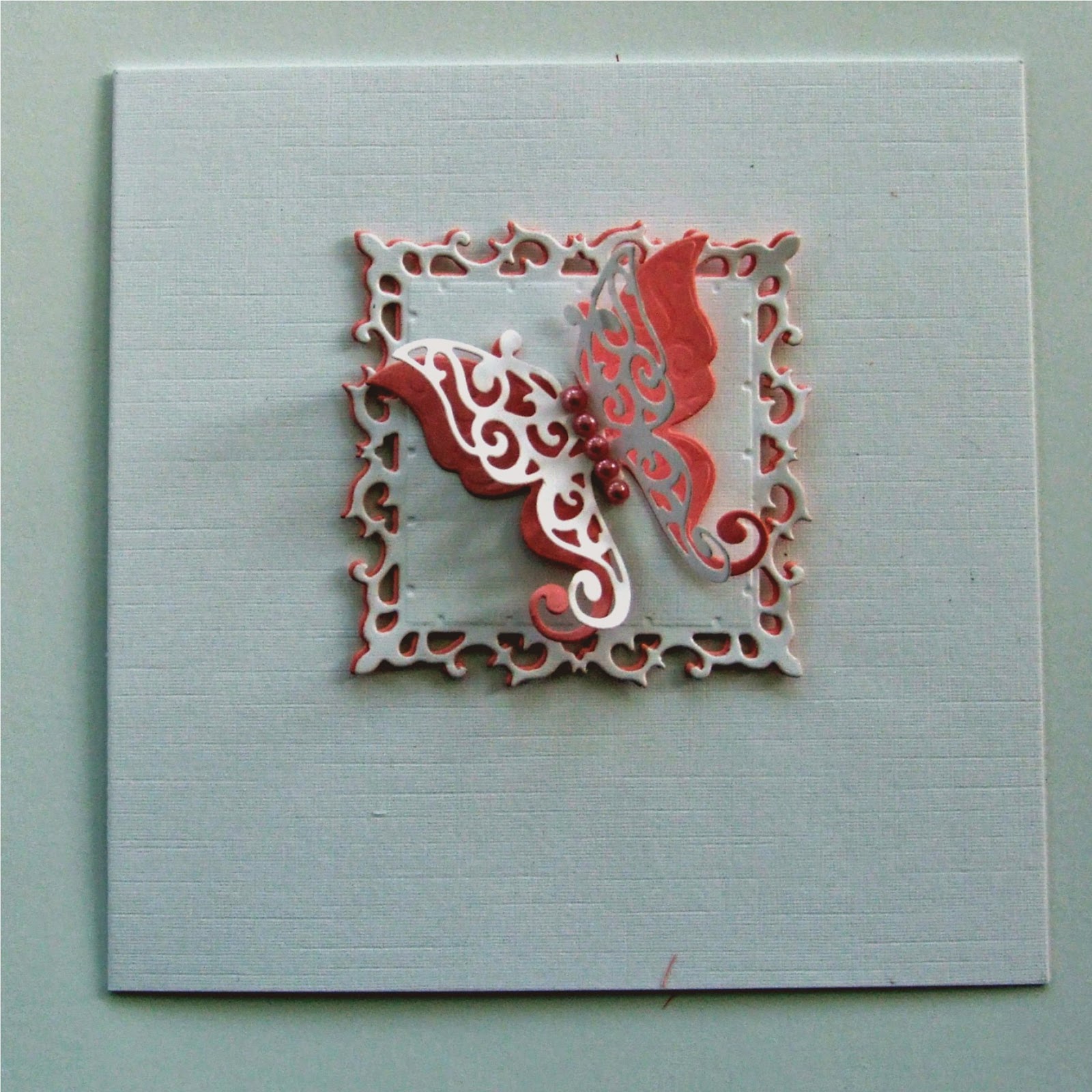 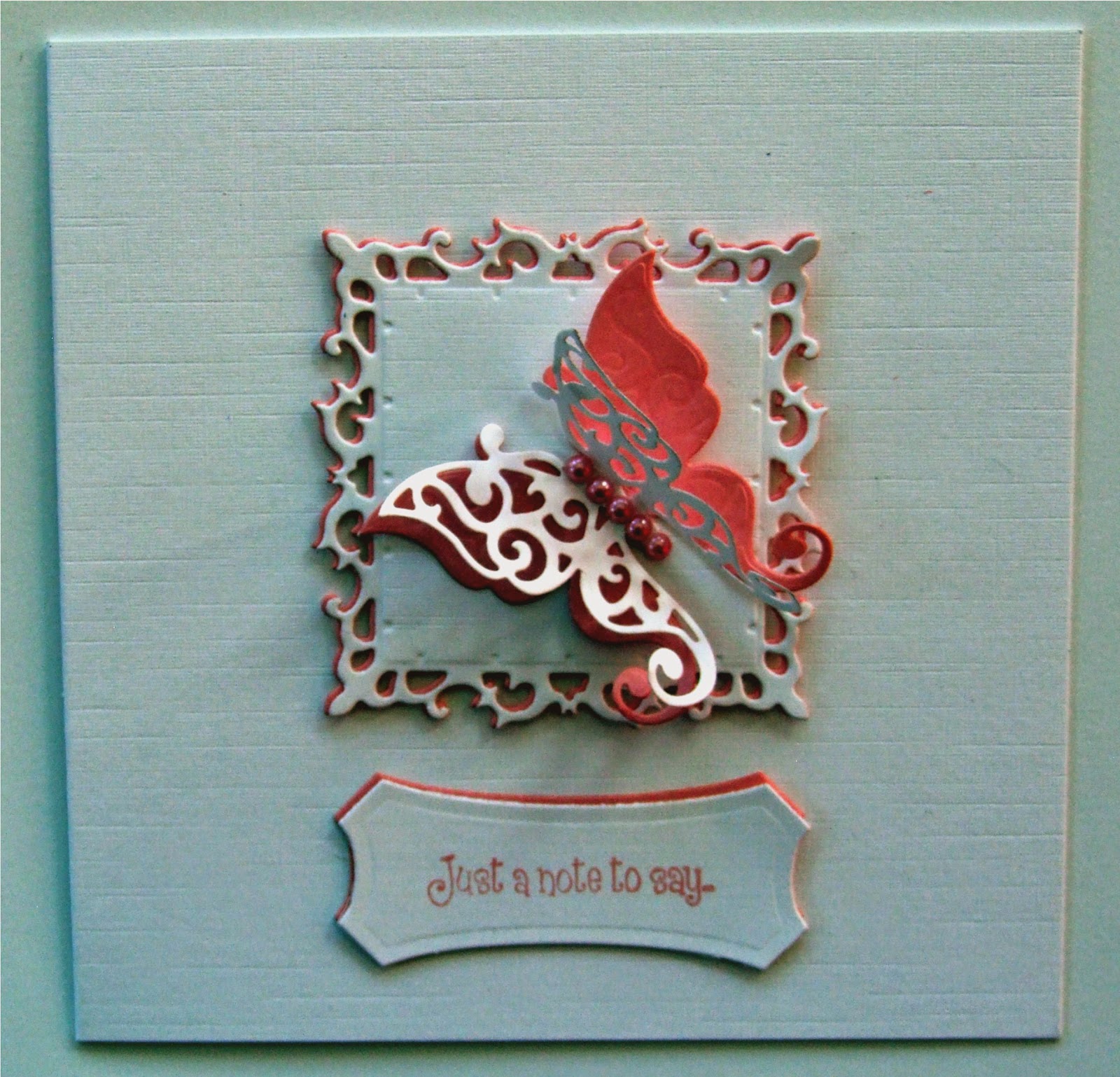 Stamped sentiment from Papermania
All dies by Spellbinder

At first I couldn't decide whether or not to put a sentiment on my card, what do you think? 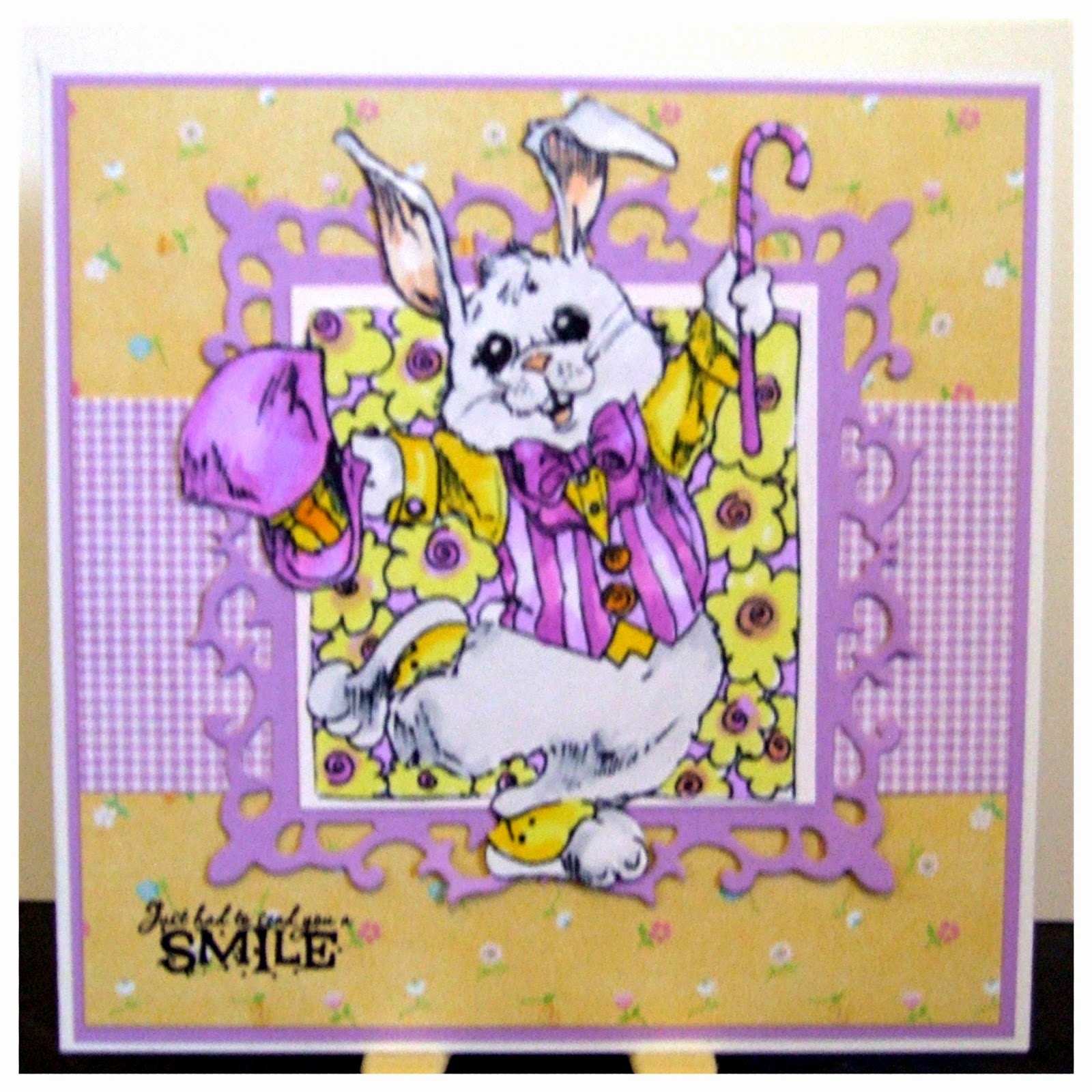 The snowdrops and crocus are brightening up the borders, it's lovely to see the soft colours, the daffodils and ribes should be out soon, so all we need is a little more sunshine.

Eye of the Tiger 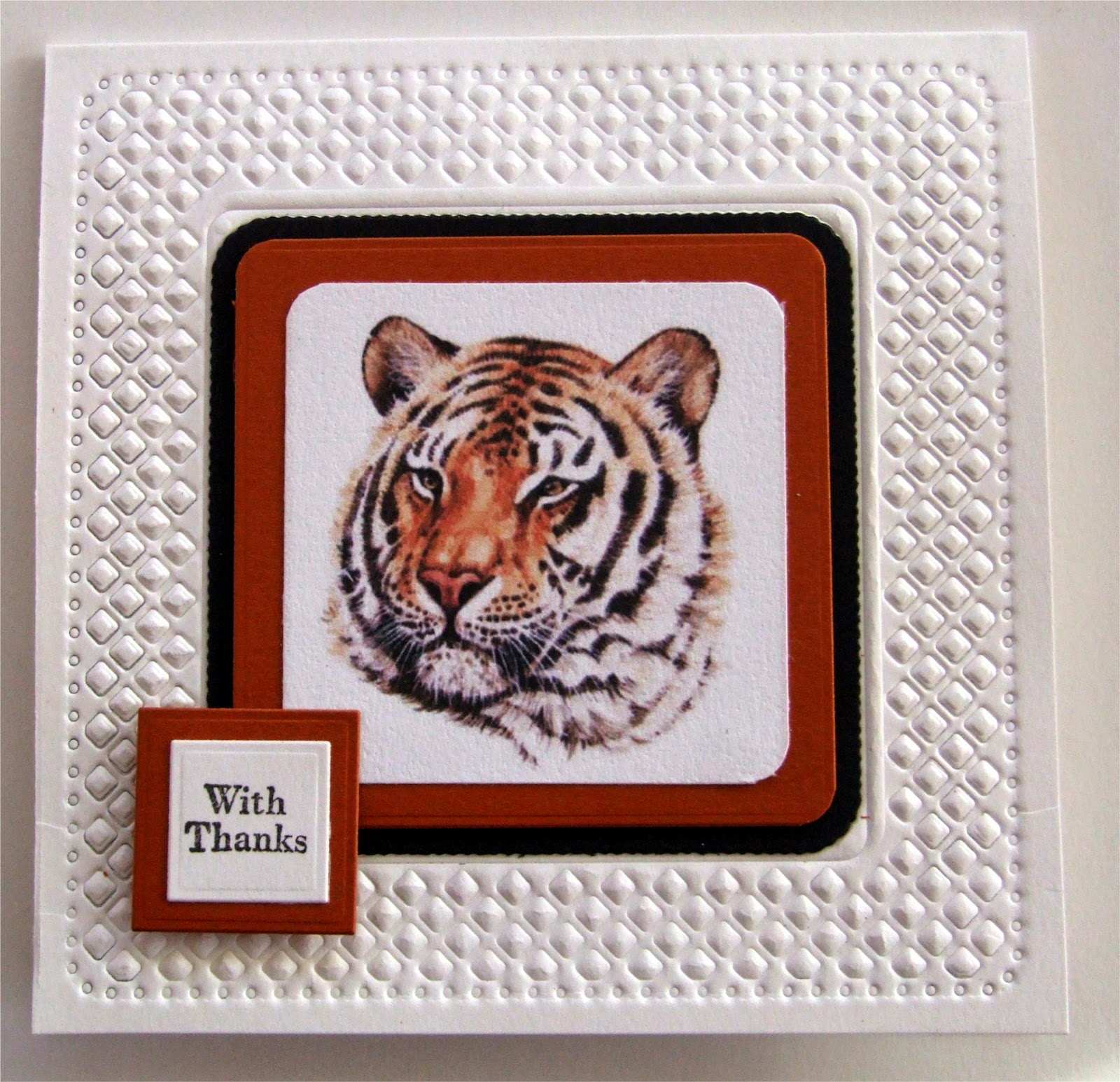 I really struggle with cards for men, my closest 3 aren't into cute in any form, I was using my Jayne Netley Mayhew CD the other day and decided to print off this image. There were several reasons for picking a tiger, not least as our youngest son calls his dad Pi , ?? after the film Life of Pi, but more especially as hubby loves wildlife programmes.This is for James to give to his dad, dad thinks nothing of getting up early to drive him to work in Aberdeen, over 50 miles from where we stay, there is no public transport until 11 am on a Sunday, James does drive but parking is expensive it would be at least £12 per shift. 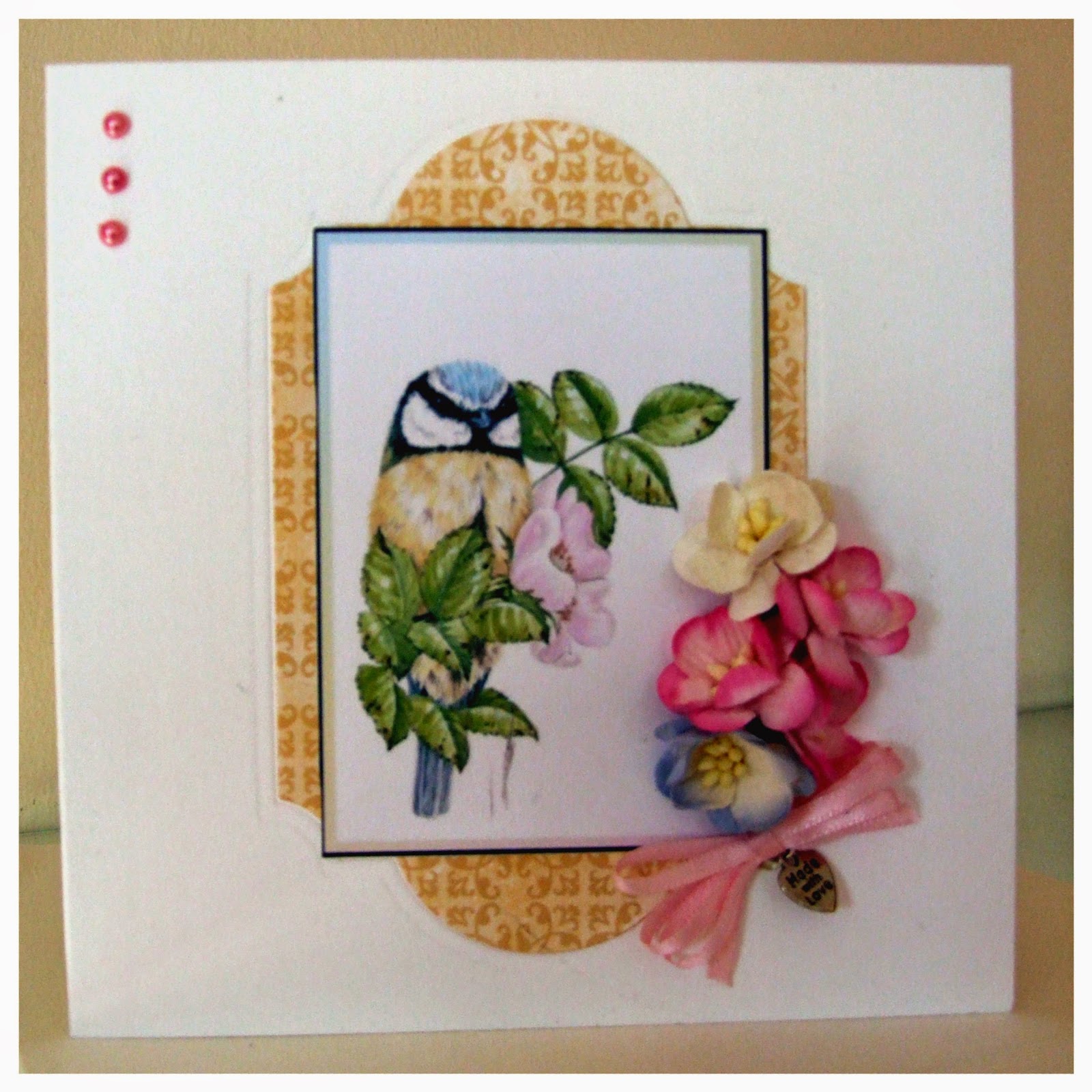 I enjoy making C&S cards more and more now.I chose this image as we had blue tits nesting in the garden last year and there are lots of these colourful birds in the garden at the moment,I love watching them feeding at the bird table or hanging nuts. 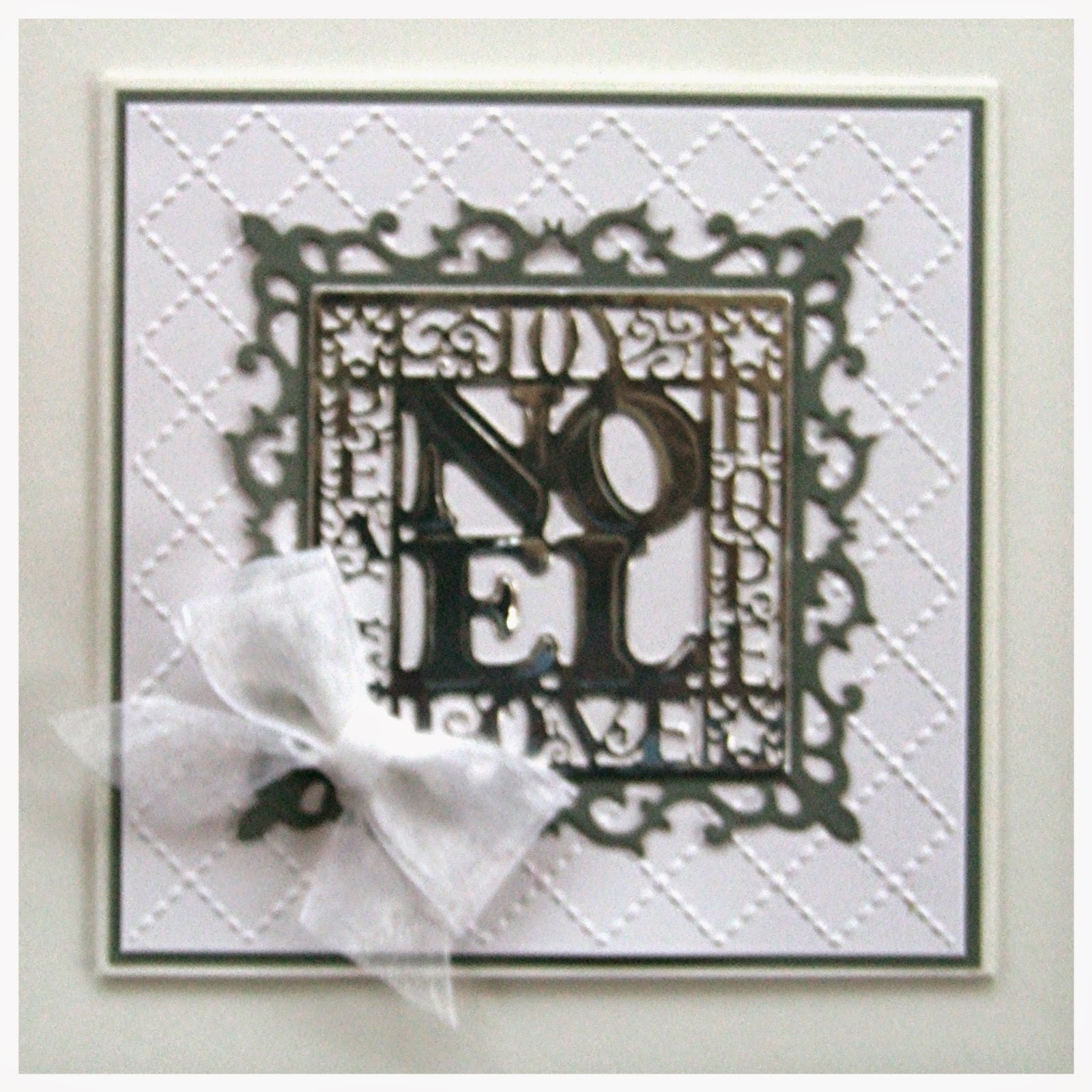 The colour challenge at 52 CCT is to use white, grey and silver i promise the Noel die-cut is silver, it's not too clear in this picture but in other photographs I took it looked like a burnished gold. 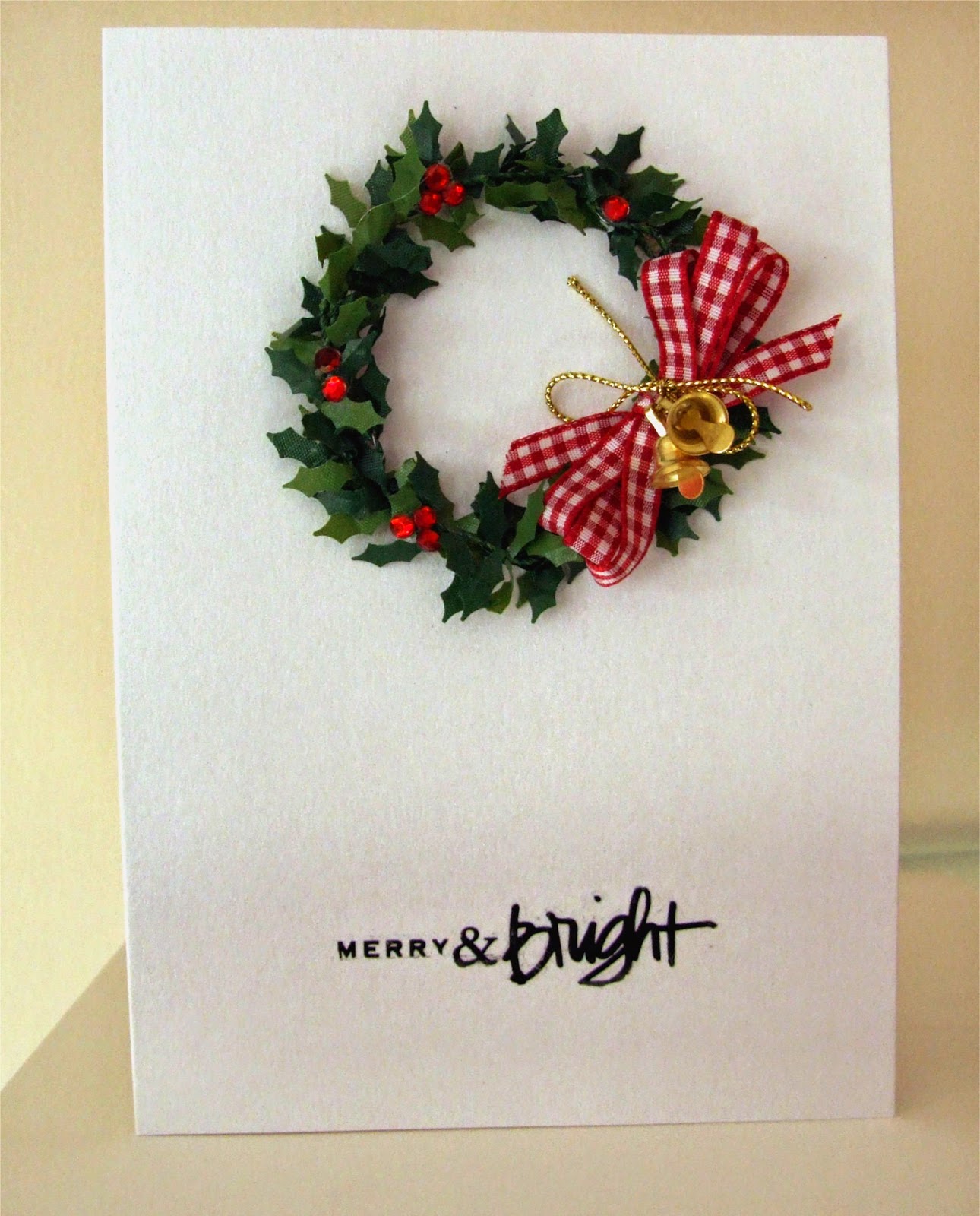 My second post today this was inspired by the sketch challenge at 52CCT. 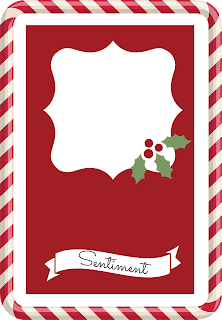 Posted by meg at 14:01 13 comments:
Email ThisBlogThis!Share to TwitterShare to FacebookShare to Pinterest

It's a Marshmallow World 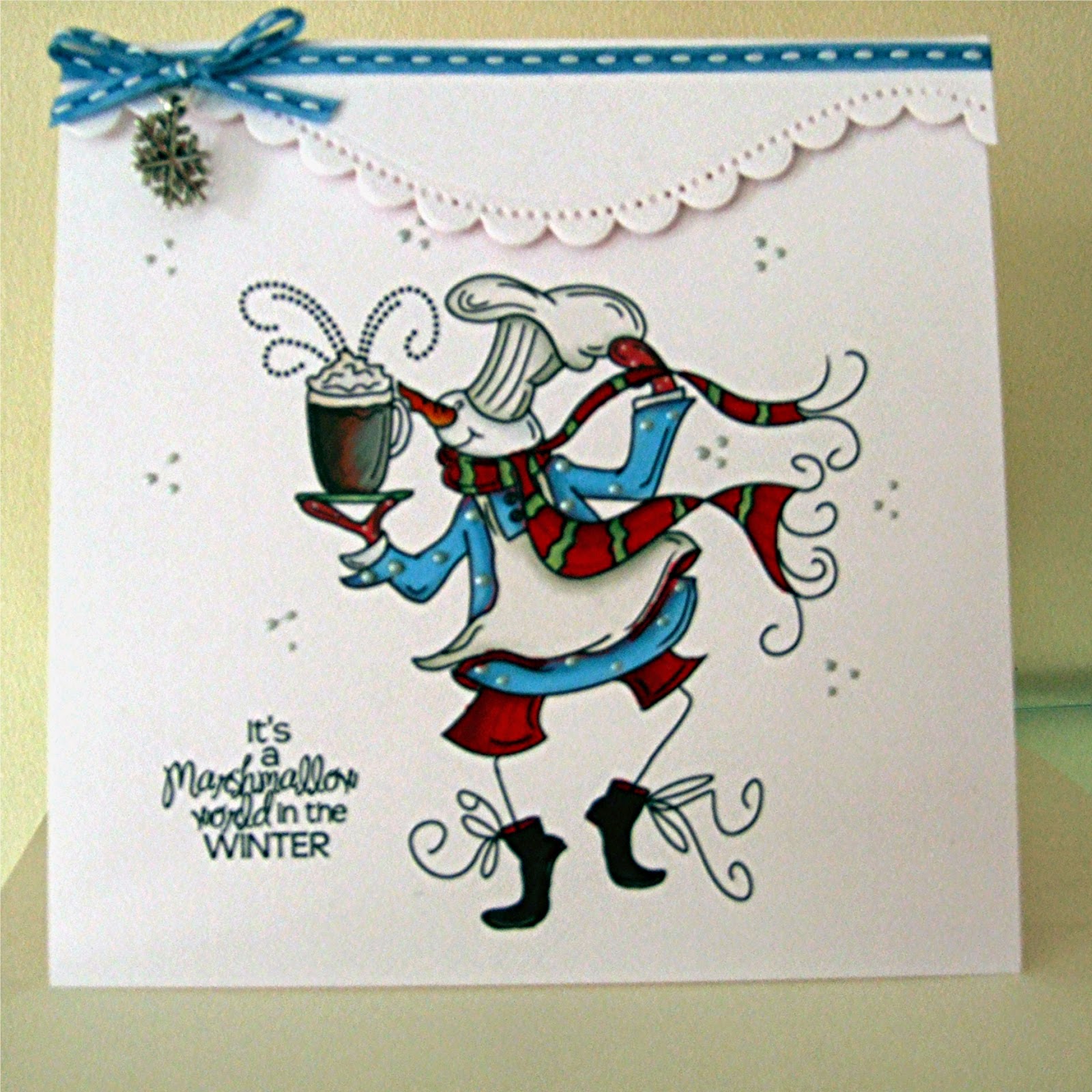 
We had the most beautiful day yesterday, so it's a bit disappointing that today isn't quite as nice, however the sun is shining.Complaints from no.2 son that I was hoovering at 8 am, he'd been watching DVD's most of the night and decided to get some sleep when everyone else was getting up. I'd already had the dog out for half an hour and a washing on by then. I do remember having long lie ins as a teenager but till about 11 am, 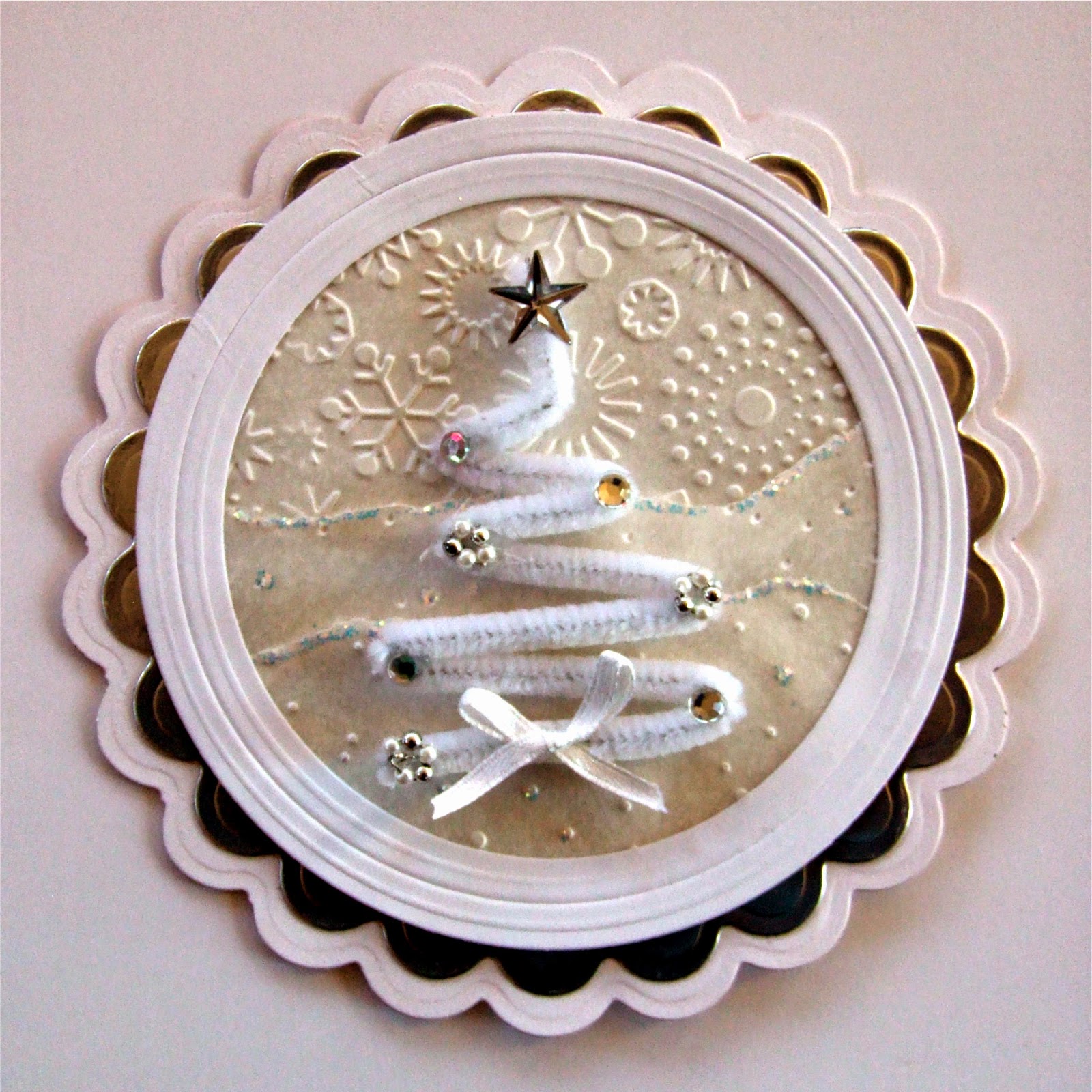 We have a beautiful, sunny day here in the north-east such a change from last week. Phone back in operation after a 10 day wait, but yesterday we lost our electricity supply for a few hours just as it was getting dark and time to prepare the evening meal.Thank goodness for our woodburner at least I could boil a kettle. 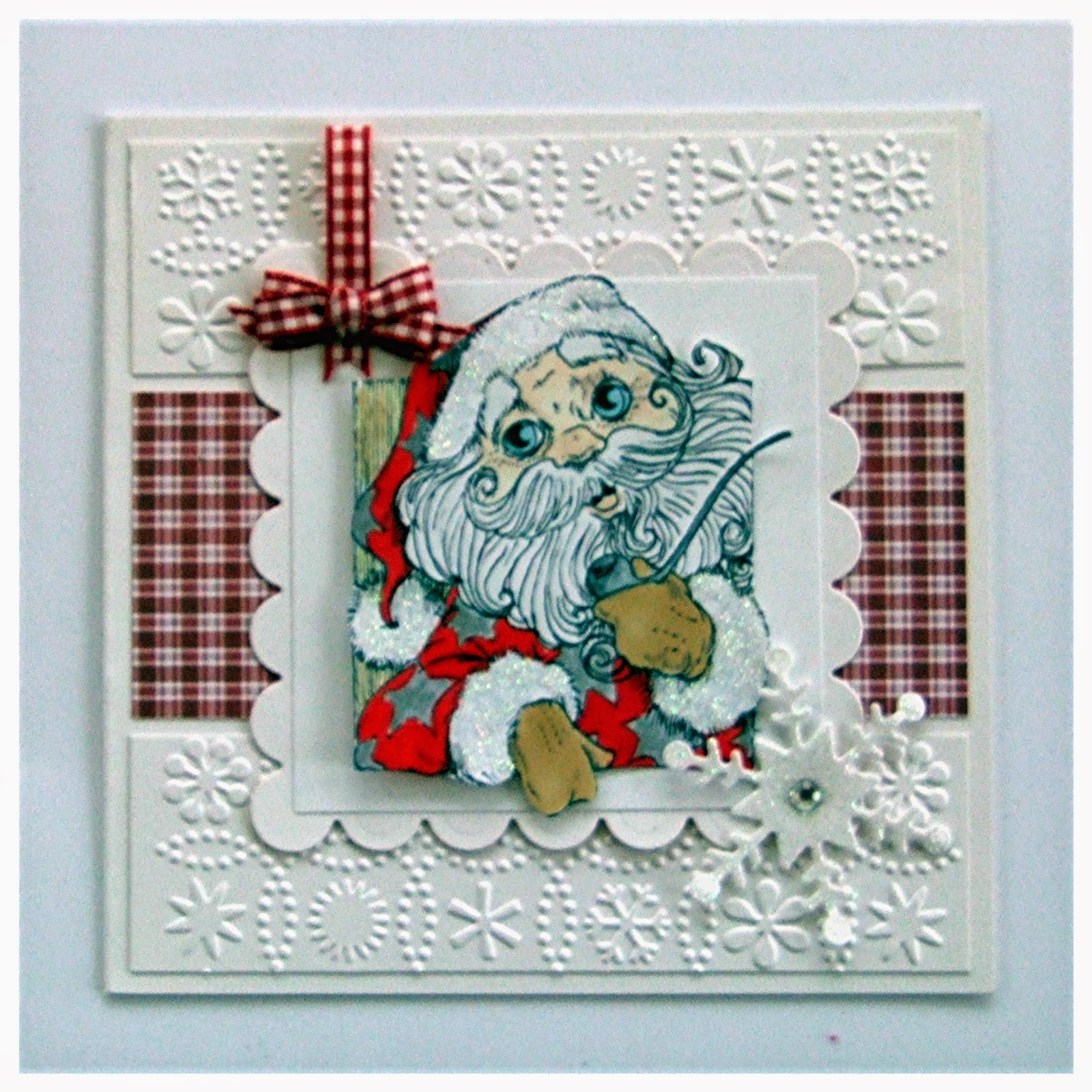 Loads of Christmas Challenges for this card, weather still very unsettled though I enjoyed my walk with the dog this morning, we went between showers and managed to get back dry. 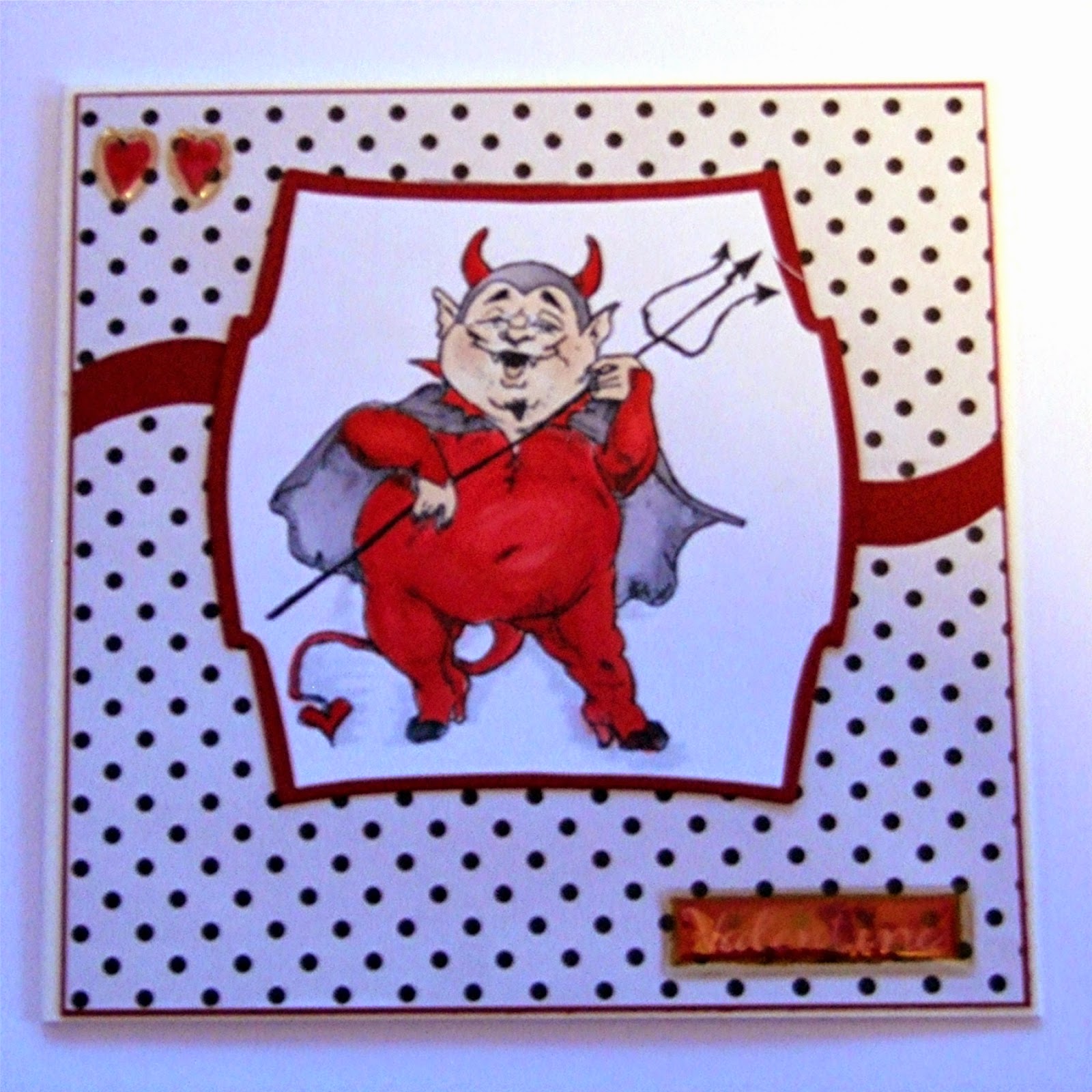 Hardly a traditional Valentines card, but this will be appreciated by my other half who loves a good laugh, he's not got a romantic bone in his body. Embellishments would be a complete and utter waste of time, so it's really simple.

High winds sleet and snow here for the past few days, no phone line since last Monday, so far I've had 4 dates to reconnect me, promised communication doesn't happen and I'm fed up trying to get it resolved. We luckily have intermittent internet so I can check the website for the updates, which they promise then don't post.