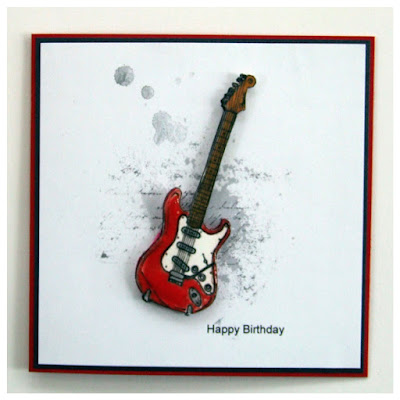 A simple card today for a teenage boy's birthday. I dread making these cards boys are difficult to cater for once they are past the stage of cute cards.


Guitar from The Best of La Pashe 2012, I only used this small part from a decoupage sheet, cut it 3 times and layered it up.
Background digi stamps from Pixel Scrapper 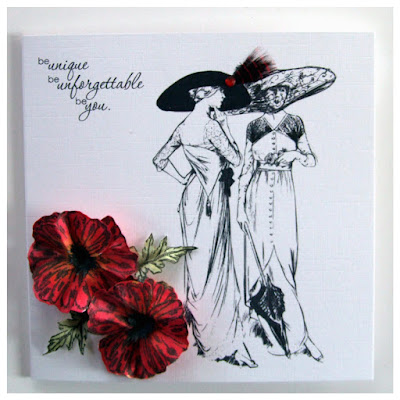 Something completely different for me, no colouring on the digi image but the poppies and leaves are coloured with Promarkers, the only other touches of colour are in the feather and gem. I watched Sheen Douglas on Create and Craft the other day when she was using ordinary copy paper to make flowers/leaves, I didn't use watercolours but promarkers then applied a light spray of water and shaped my flowers once they dried they were quite firm and substantial enough to apply to my card.


Digi from TLC
Sentiment from bits of paper http://jamielanedesigns.blogspot.co.uk/p/word-art.html
Sheena Douglas Poppy Die and Stamp set free with the Summer edition of Crafter's Inspiration from Crafters Companion poppy and leaves coloured with Promarkers.

Posted by meg at 14:38 16 comments:
Email ThisBlogThis!Share to TwitterShare to FacebookShare to Pinterest
Labels: Bits of Paper, Sheena Douglas, TLC 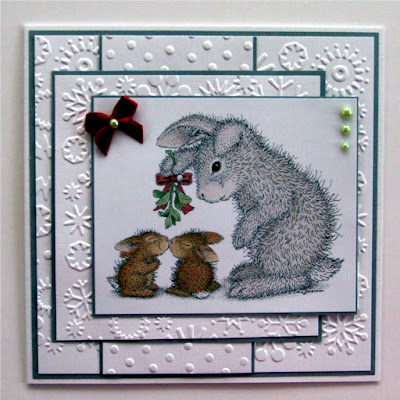 
I went into  Aberdeen yesterday with our younger son when he was going to work, we met our elder son and we all had breakfast together before James started work. Then a wander round the shops with Douglas looking for last minute buys before he gets married at the beginning of September. When James finished work Douglas's fiancée joined us and we had an early dinner out. They left to go for a walk and James and I headed for the station, James hates the train at 5.26 it's always really busy and it's like a cattle stampede on the platform. Do you mind waiting for the next train at 6.20 mum ? it's not as busy,  ok lets go for a coffee. At 5.21 let's just go for the 5.26 mum, mad dash to the station 5.25 on the clock when we arrived, through the ticket machine and a sprint to the platform,really nice guard shouting encouragement 6 seconds to spare, but we were on the wrong end of the train for where we wanted to go , the last 2 carriages only go part of the away so we had to change carriages at the next stop, next time I'll say no if he suggests a last minute dash like that. Trouble is it's usually 2 hrs between trains apart from at peak times so they are always busy. Driving in and parking for the day is more expensive than going by train unless there are more than 2 folk going you can't win. 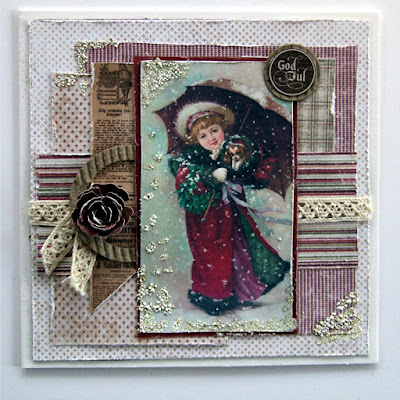 
I had loads of small pieces of paper left and didn't want to throw them out, so here they are edges distressed and arranged to make an old fashioned card.

Jack Frost Nipping at Your Nose 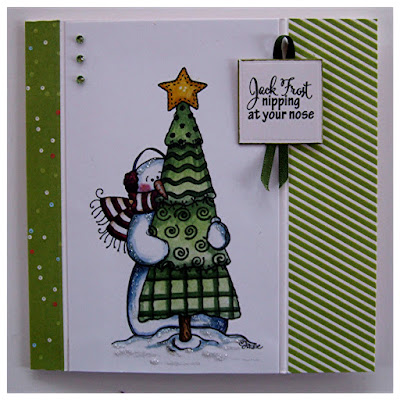 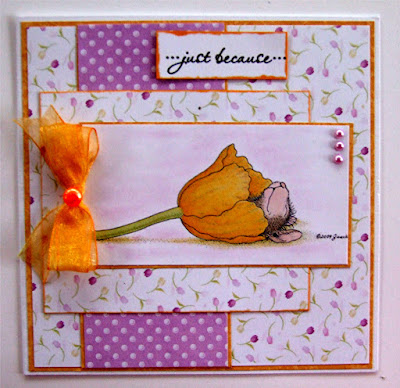 Another wet miserable morning here, I wonder if/when we'll get some sunshine. Managed into the garden for a very short time yesterday at least the grass got cut. 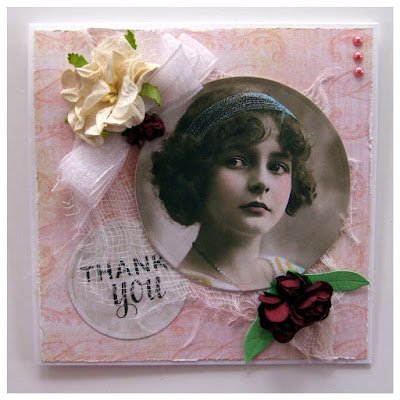 We have a lovely morning here at present Can't believe it will last all day though, nothing planned for today hubby is working at 4  am tomorrow morning so we won't be going far from home.
Thank you to everyone for all the lovely comments on my posts I don't say thank you often enough and I really appreciate all those comments.
My son is having a lunch with his colleagues (all male ) his best man , hubby and his brother the day before he gets married and has said he would like me to come along, I feel that it's really a male do, he will have had his stag night by then, and is insistent I attend. He makes me feel so proud of him, he's a kind thoughtful young man, but I still feel it's a male day and not for mum to attend.

Paper from a very old Papermania pad.
Roses and pearls from stash 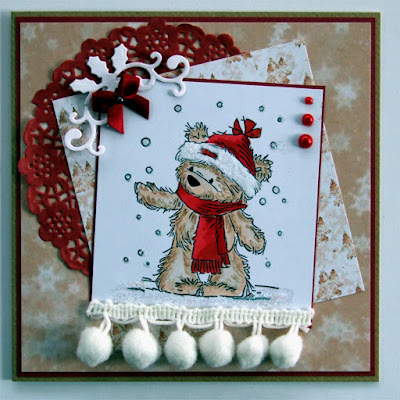 I printed off the paper for this card first and used a small piece of an alternate design for the top of my previous card. James is a favourite stamp, I usually colour him in greys but in keeping with the papers went with soft browns. 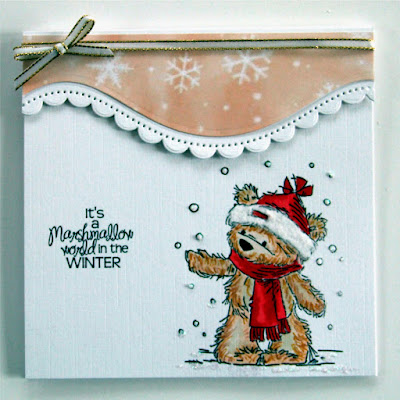 The Challenge at Case-ing Christmas is to case a non christmas card. I chose a very simple design to case using a favourite stamp from Lili of The Valley 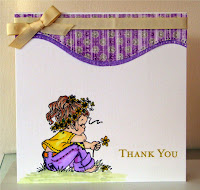 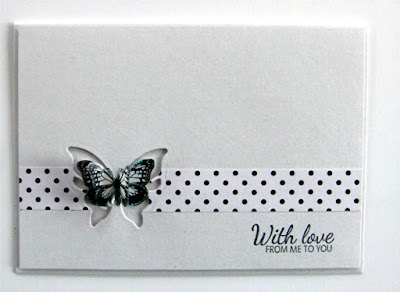 I've been trying out a few simple quick designs that can be used for Thank You cards. 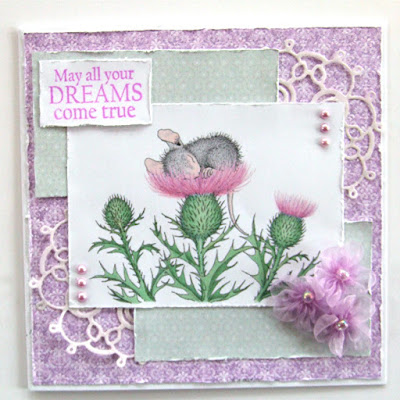 This CD Rom has probably been used more in a short period of time than any other new CD Rom I've bought, I love the images on it.
This reminds me of a warm summers day when you have time to nap and dream the time away.

Many thanks to all those who leave comments they are really welcome and appreciated.