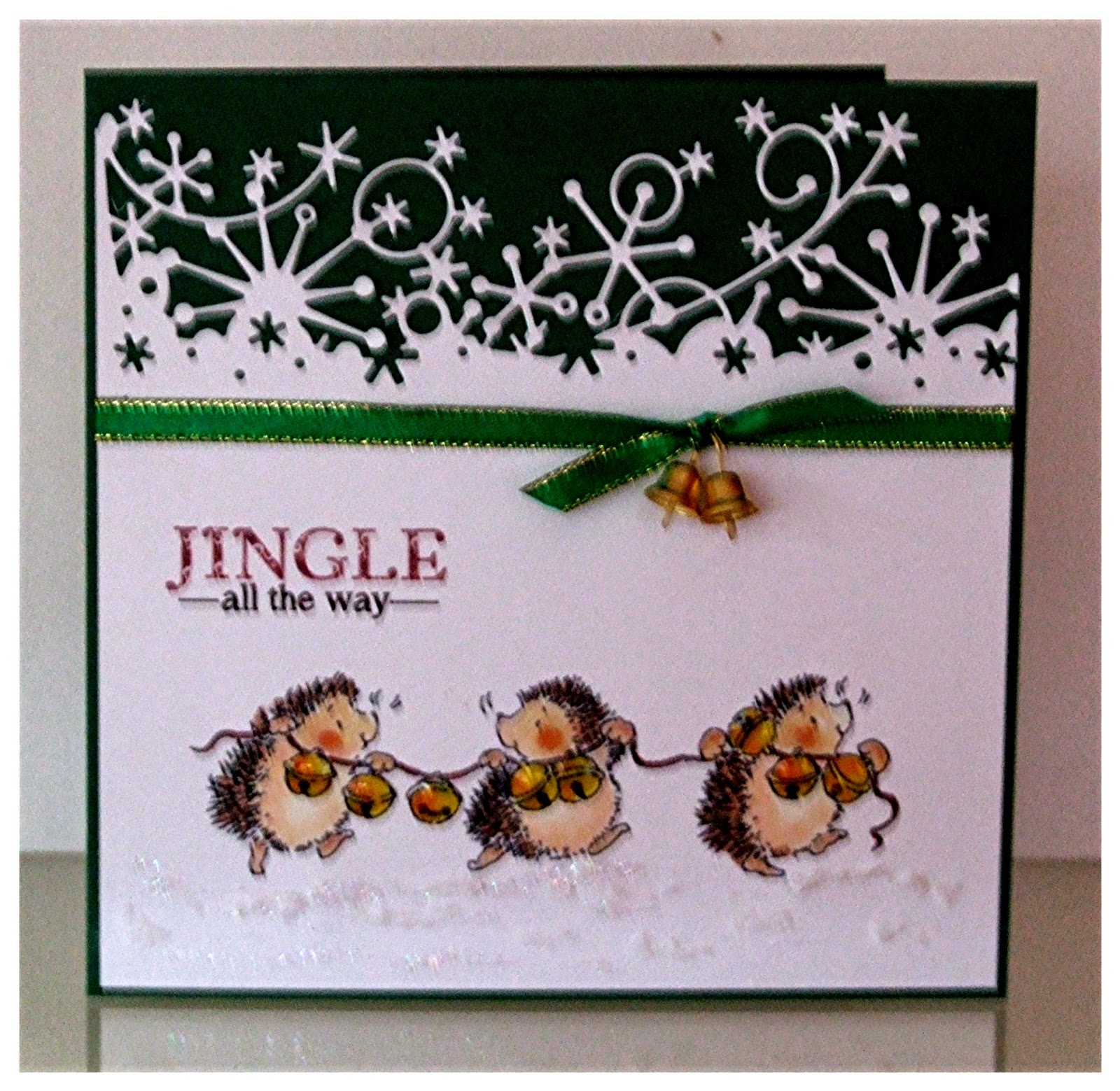 A really miserable, misty day there's little daylight and the lights in the house have been on since I got up. I need to do some food shopping but I'll not go until the evening after taking Hubby out for a Birthday meal. 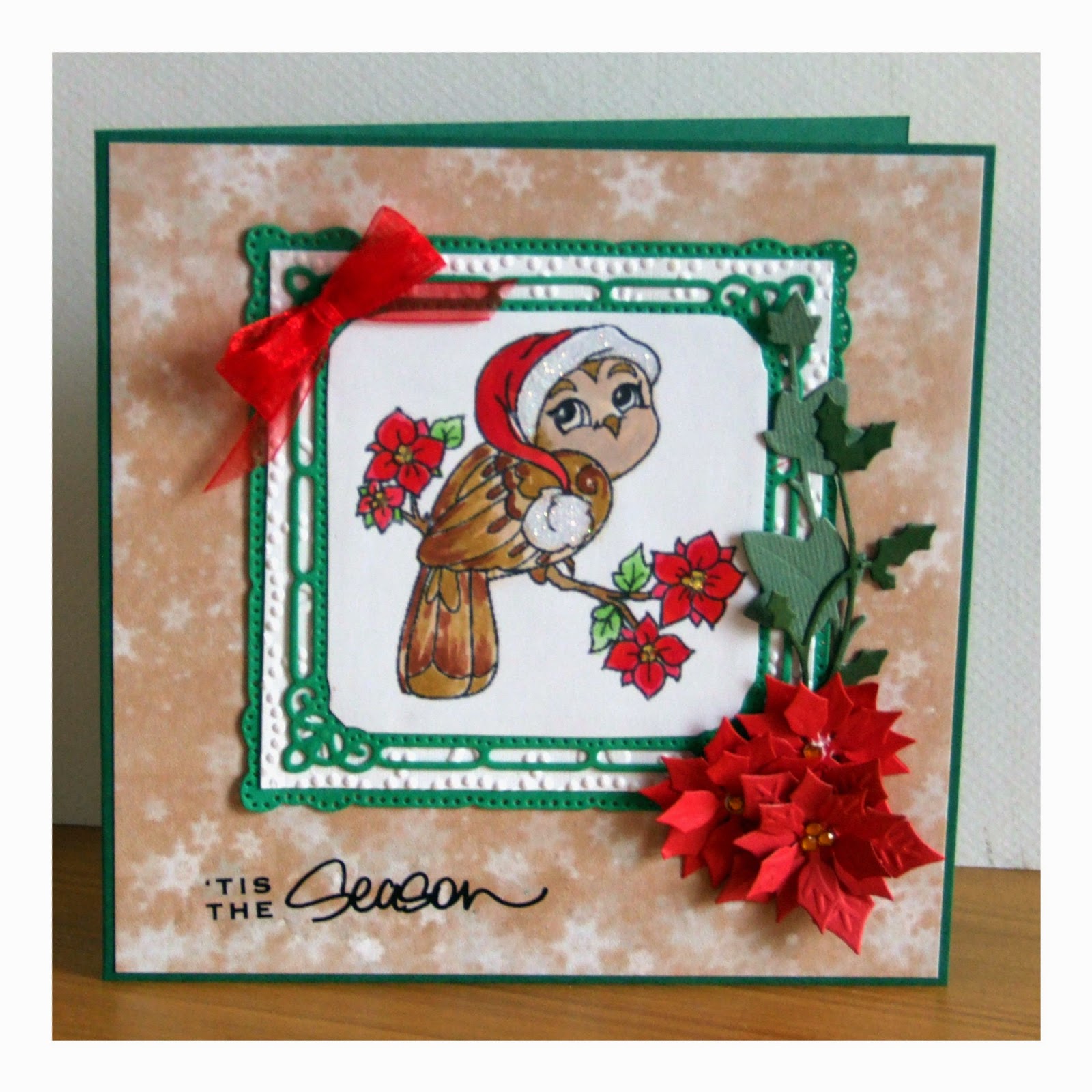 It's really chilly here today it's now 12:50 and the grass is still covered in frost, fog on parts of the road too. A day to stay indoors or to wrap up really well and go for a long walk. Hubby and I went to Aberdeen the weekend before last to see The Imitation Game and both thought it was a powerful and moving film. We were in again last weekend as our younger son now works in Aberdeen and commutes daily, the first bus on a Sunday doesn't arrive in Aberdeen until after mid-day and he started at 11 o'clock so we decided to take him in, he does drive and has a car but parking is a nightmare and expensive. The city centre streets were closed at 5pm for the lights to be turned on and a market so something different. 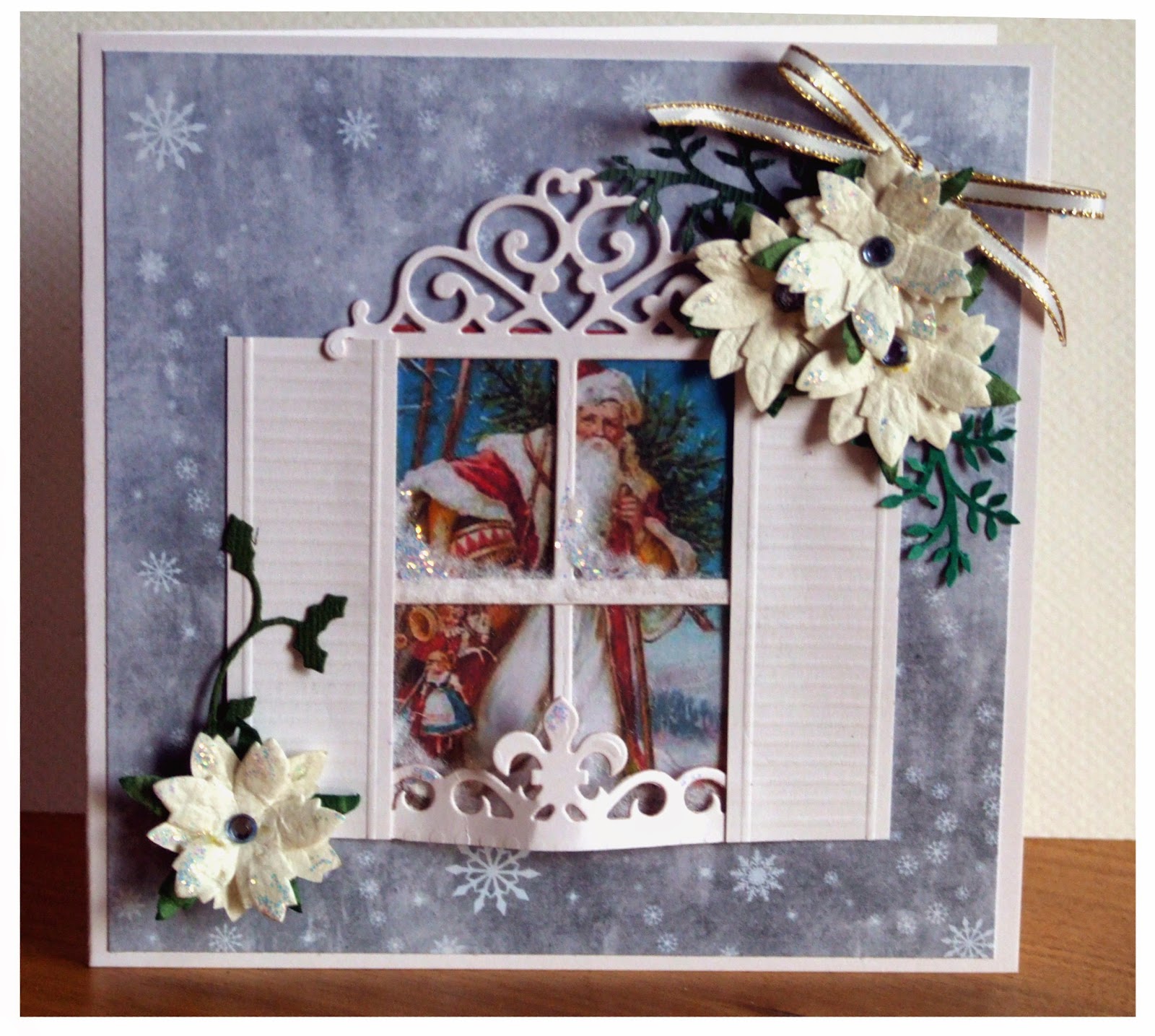 Image from Joanna Sheen
Window die by Spellbinder, I added the sides scoring the card to achieve the look of shutters 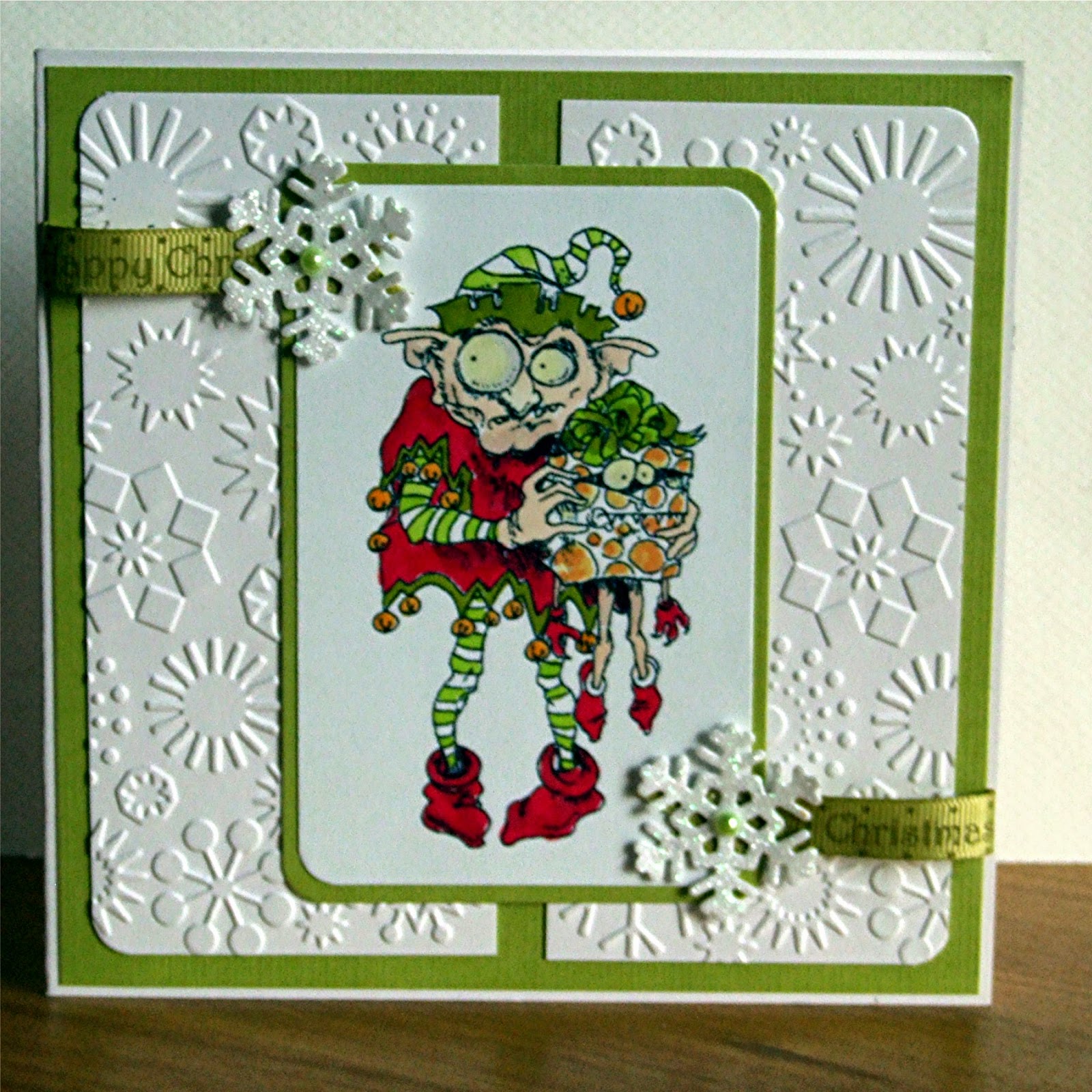 This card is for my younger son to give to his dad at Christmas. My husband would do anything for both boys but the younger is always teasing him saying he is "mean". I think this image is perfect, he's certainly not a happy chap, Hubby appreciates James's sense of humour so I'm sure will love this. 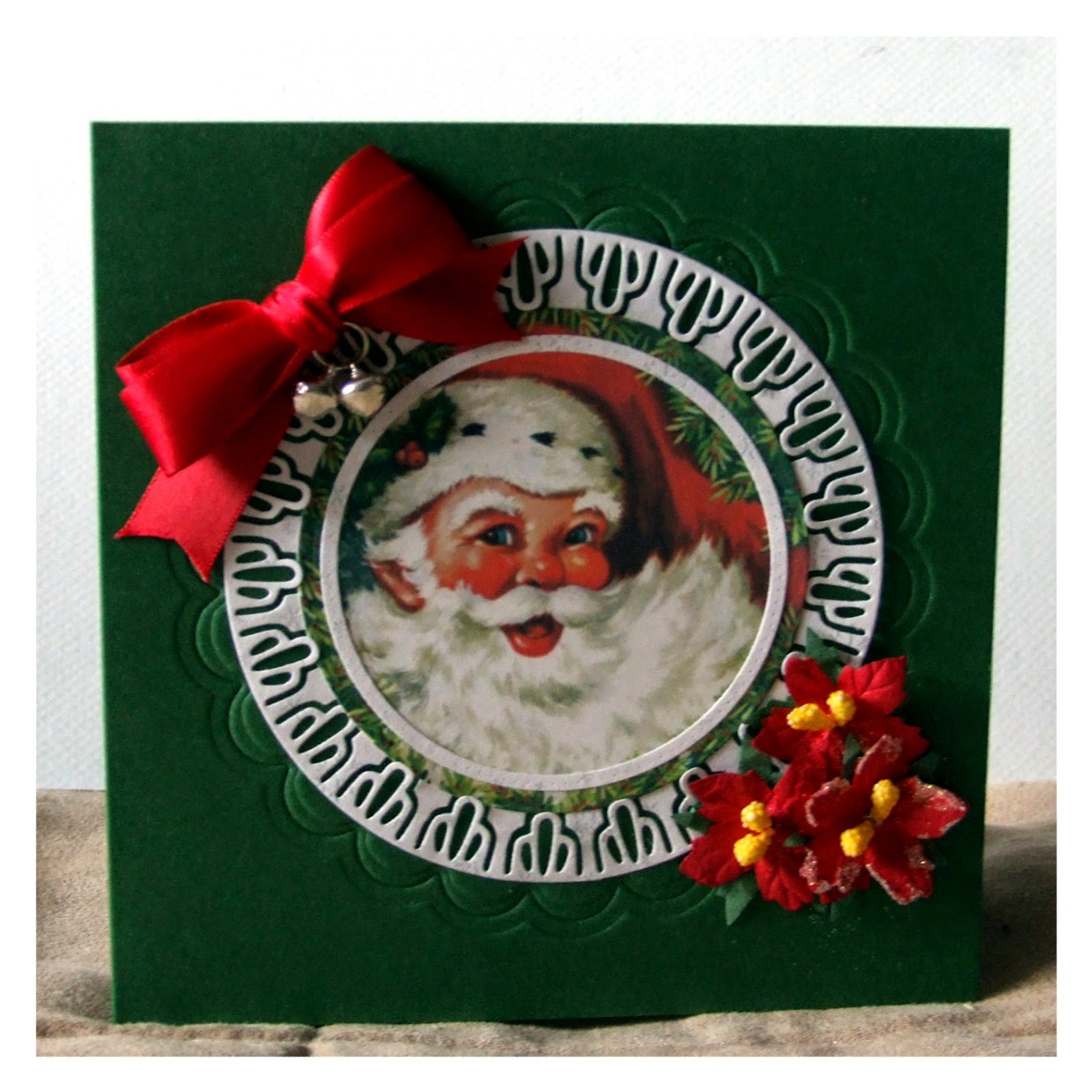 Image from The Graphics Fairy
Spellbinder Dies to cut and emboss

Posted by meg at 13:19 13 comments:
Email ThisBlogThis!Share to TwitterShare to FacebookShare to Pinterest
Labels: Spellbinder, The Graphic Fairy

Have a Holly Jolly Christmas 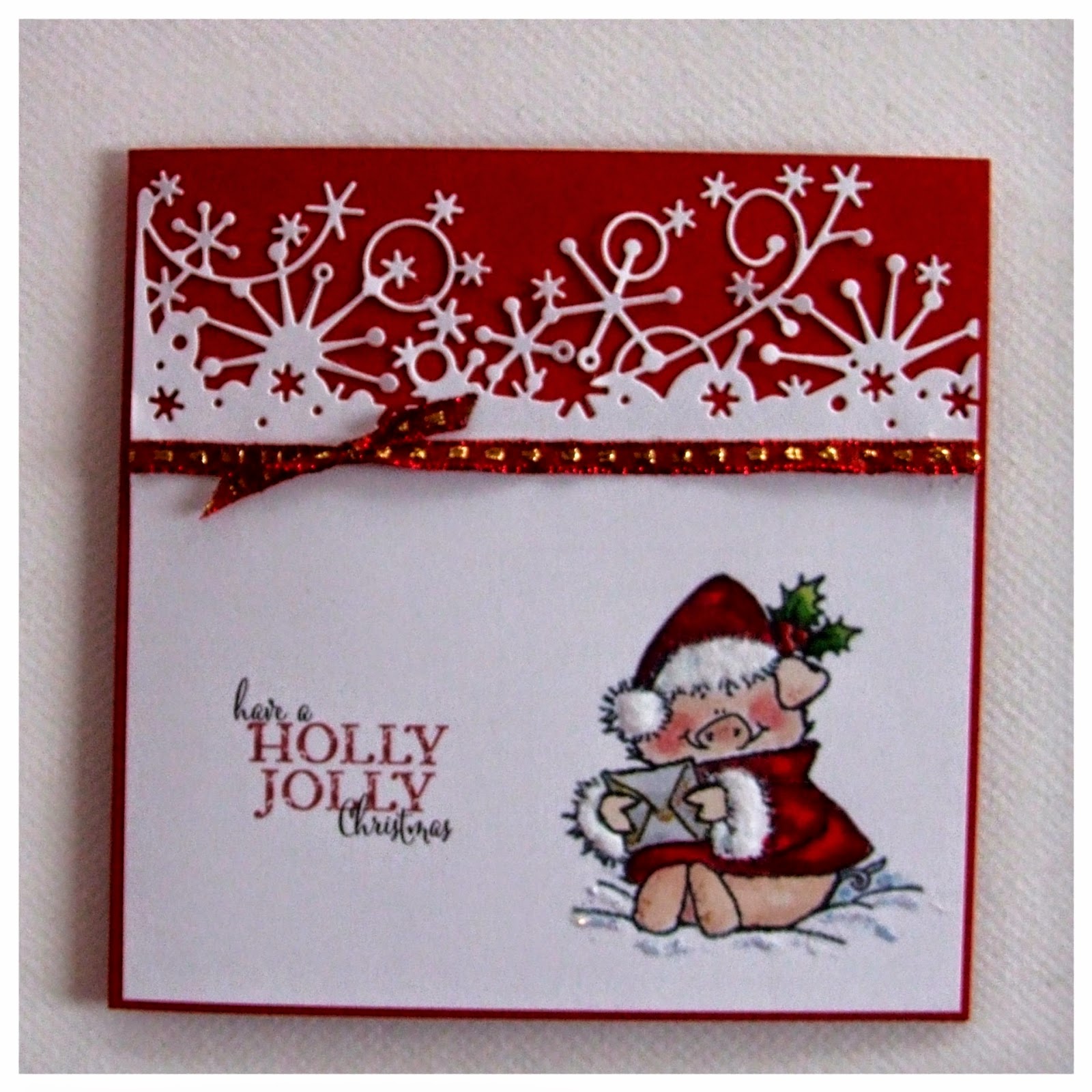 We spent yesterday shopping in Aberdeen, even though we were there early the car parks were really busy and the shopping centre mobbed. However all that's left to buy for Christmas can be done on-line apart from the food shopping.
We had a nice afternoon with our son and his intended and were persuaded to buy an early wedding present for them!! my husband can be such a soft touch. 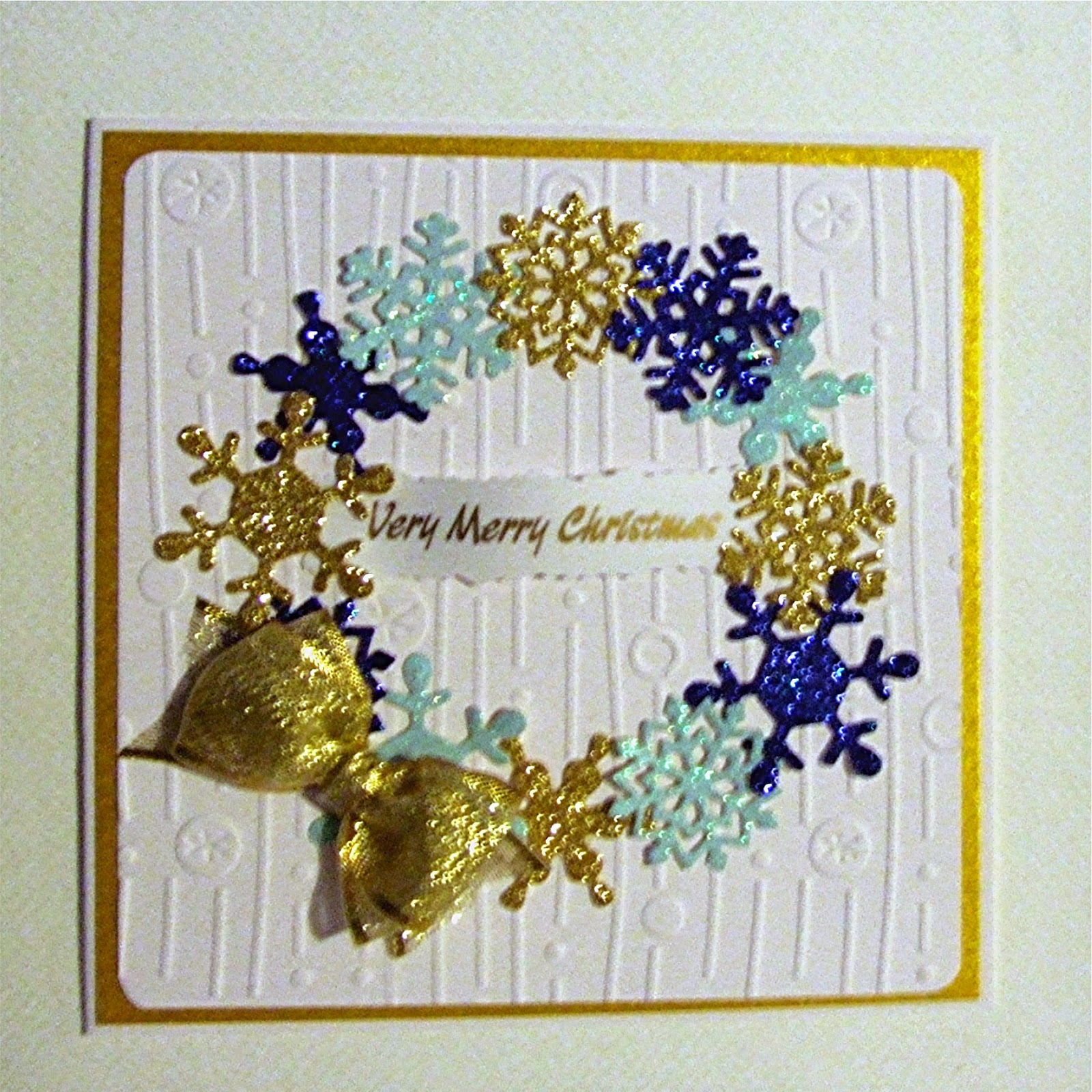 I've had a really frustrating day trying to ensure HMRC update my NI records with my correct date of birth. I've provided them with certified copies of my birth and marriage certificates as well as my passport,this was over 2 months ago, and despite several calls, they seemed unable to move forward until I said I would be contacting my  M.P. Within an hour a call to say my records had been rectified (the data input to the computer system in 1975 when they started using computer records was wrong) and they would verify this in writing.

It was frustrating because each time you spoke to someone they gave you different information, and reassurances of return calls were never met. Between the automated service before you reach someone to talk to and the misinformation I felt like giving up at times, how on earth do the elderly cope??

Snowflake dies from Spellbinder and Cheery Lynn
Sentiment from Letraset 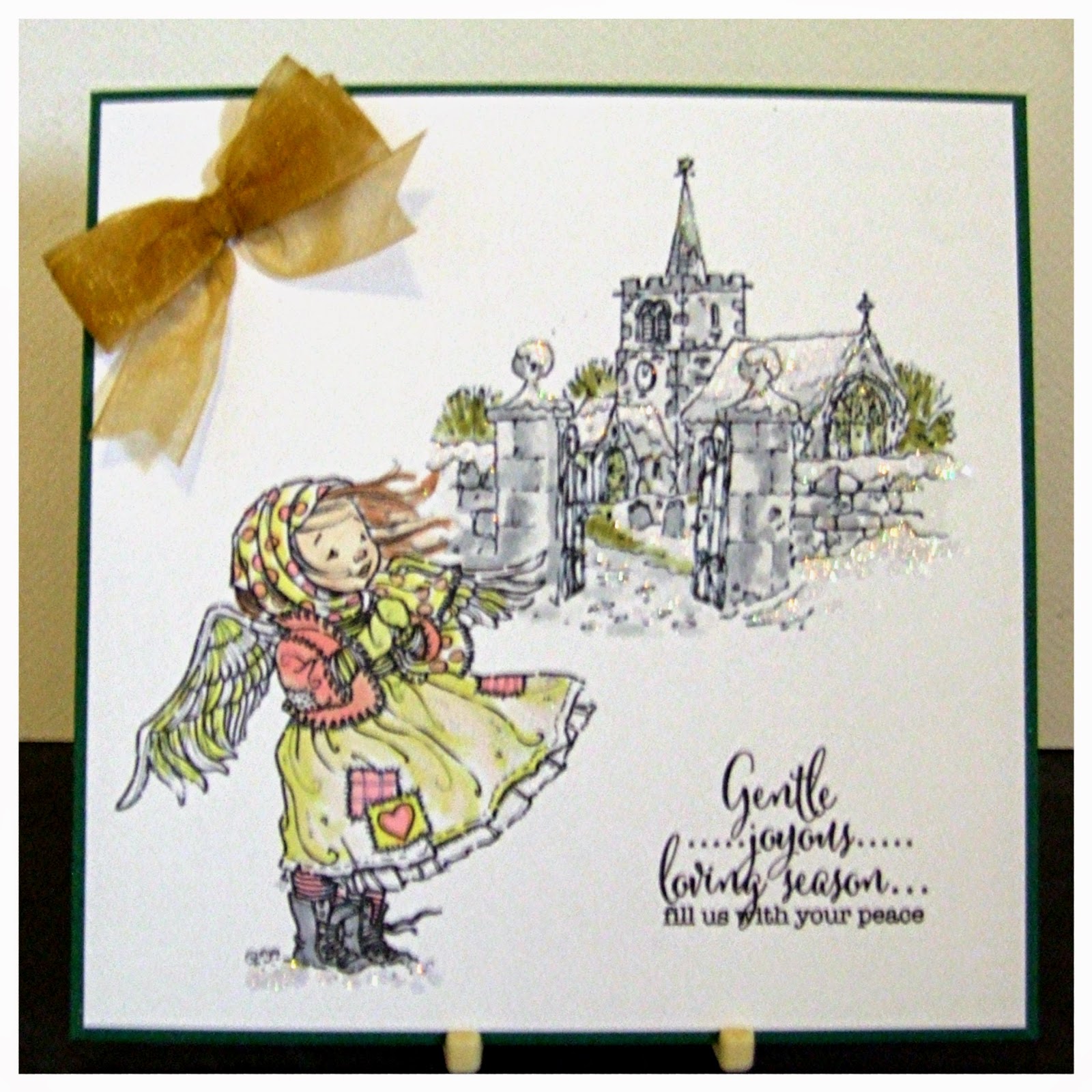 The challenge at MAWTT was to create a winter themed card or Game of Thrones card. As we all love Game of Thrones I wanted to use this theme but just couldn't find the images and papers I wanted, hence a winter scene. I kept the colours soft to mirror the sentiment and am reasonably happy with the result.

We have a miserable wet morning here, so a day for the fireside with a good book, all the chores including the ironing are done, so plenty of time to relax.

Digis from Mo Manning and Just Inklined
Sentiment from TLC 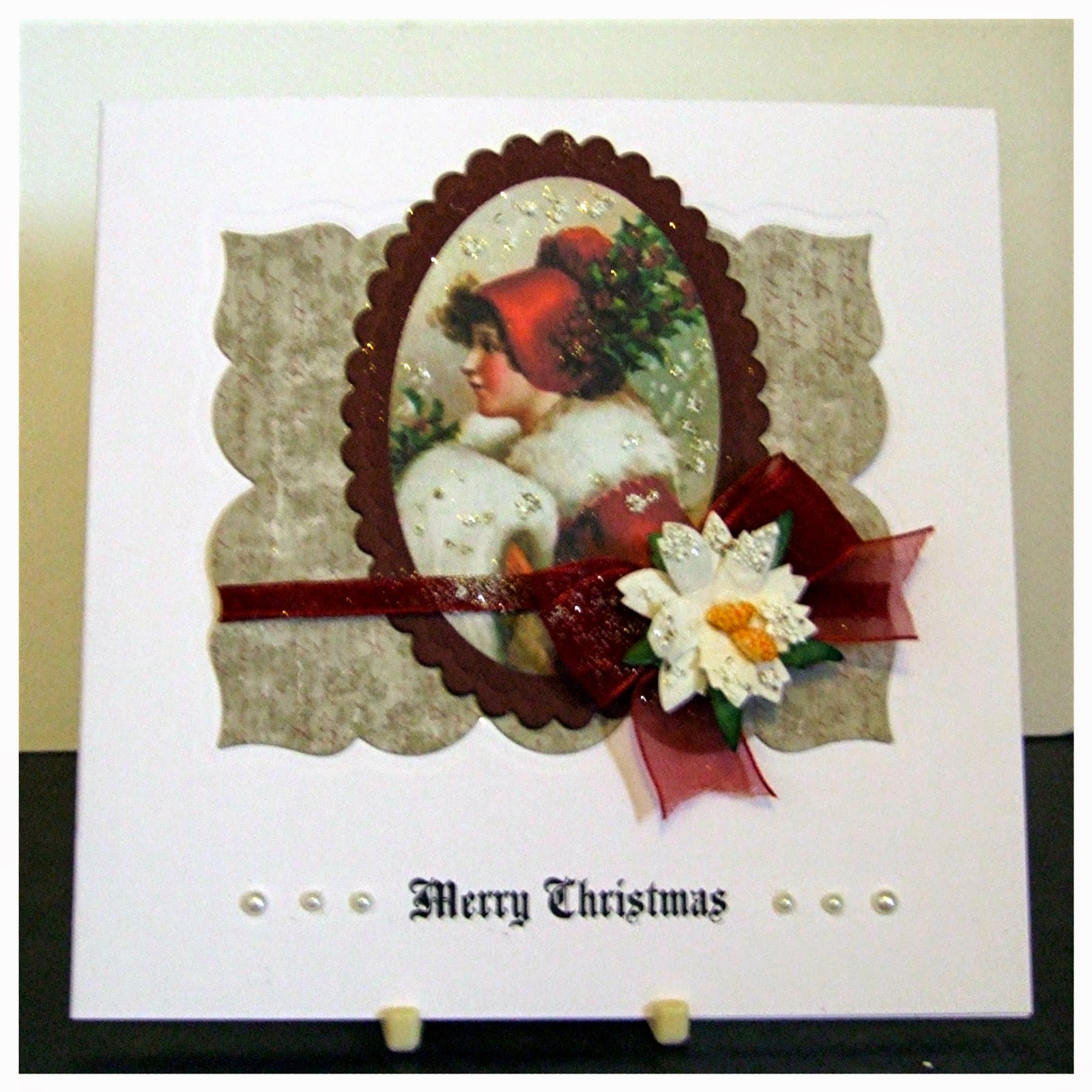 Could you describe this as a simple vintage card ?? I'm fairly pleased with the way it turned out.

We have a bright morning here today, so I will probably spend some time sweeping up leaves and tidying in the garden. In between I am doing my son's washing, when I asked him if he had any yesterday he said no, he has now produced a laundry basket with at least 3 loads in it. I must have asked at an inconvenient time yesterday!!