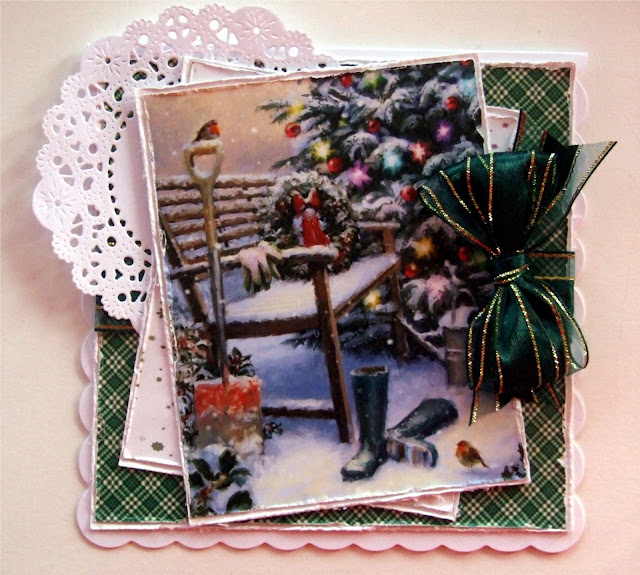 I had a few last minute cards to make so used some Hunkydory  Little Book toppers teamed with papers from Kameo cards and Creative Crafting World, A Winter Walk in the Countryside CD .

I think I have everything organised now, just last minute food shopping to do, the family finish on the 23rd for 3 days  hubby says he will collect them when they finish work, so we will probably eat out in Aberdeen before heading home.

Thanks to everyone who has visited and left comments on my posts I appreciate the time you have taken to do this.

Twas the Night before Christmas 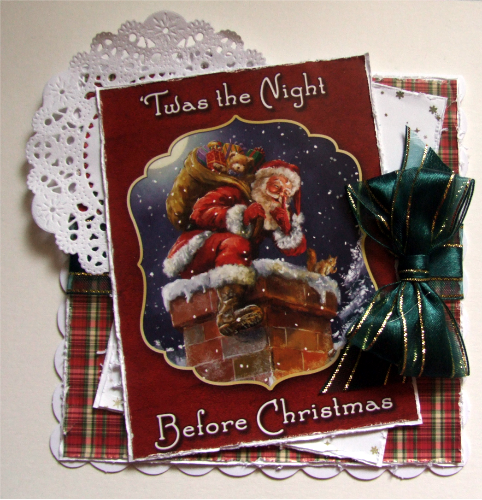 Twas the Night before Christmas is Jocelyn's choice this week at CD Sunday  so lots of interpretations of the theme to choose from, please join in, as long as there is an element that has been printed from a Cd, and you name the Cd you used you can enter the challenge.


My topper is from Hunkydory the plaid from Kameo Cards and the paper with stars from Creative Crafting World A Winter Walk in the Countryside CD. 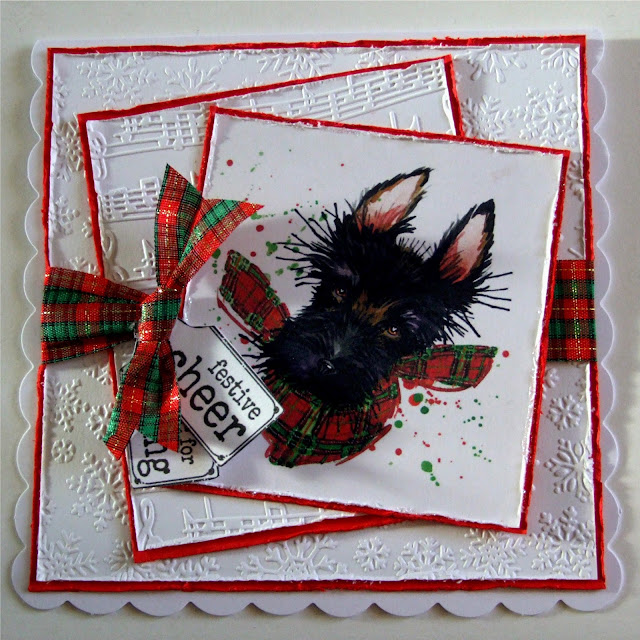 This sweet image was on a free Cd from Making Cards earlier this year. I teamed him with embossed backgrounds , the folder's from Crafter's Companion, Lili of the Valley digi sentiments and some tartan ribbon. When I looked at it after adding the sentiment tags I thought it would have made a great New Years card.

Welcome to Maureen my newest follower,I hope you enjoy your visits.

Jingle All The Way 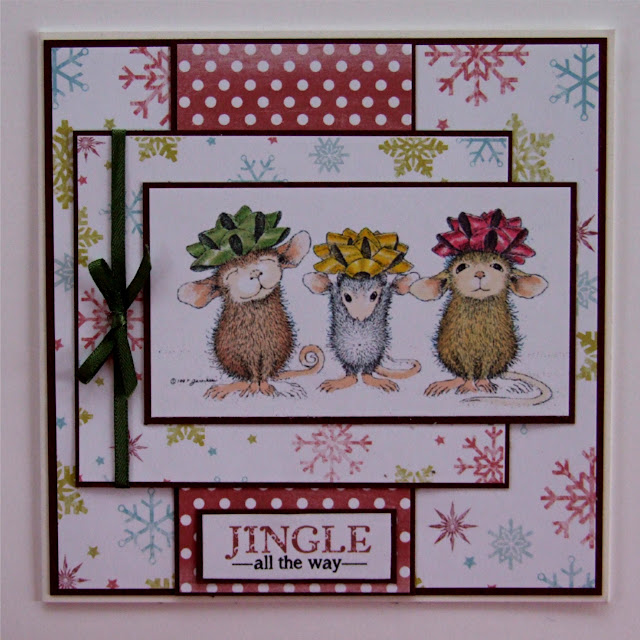 Hoping this finds you all well, tank you to my followers for their continuing support and comments, they are much appreciated. A quick card for today a simple layout using an image and papers from The House Mouse Triple CD Rom from Joanna Sheen.

I am almost ready for Christmas just waiting on several items my son ordered from Amazon, as usual dealing with Amazon (10 items ordered) has not been easy. Despite all the items being in stock and all are due to arrive tomorrow, they split the order in 3 , they called payment for the 1st part of the order , they then called for the 2nd part of the payment and e-mailed requesting we update the card details as the payment had been declined, on phoning the Bank they said no payment had been requested , somehow during a conversation with Customer Services at Amazon the payment was successfully completed, no new details given. Yes when the called for the 3rd part, the same problem, Bank again said no payment had been requested , hubby confirmed the card details with Customer Services and miraculously the payment went through. then today an e-mail saying the 3rd item was ready to dispatch and they would be calling the payment down, despite already having it. A shambles to say the least, why on earth they split the order into 3 parts I don't know and they were unwilling to give any explanation.  Enough moaning from me.