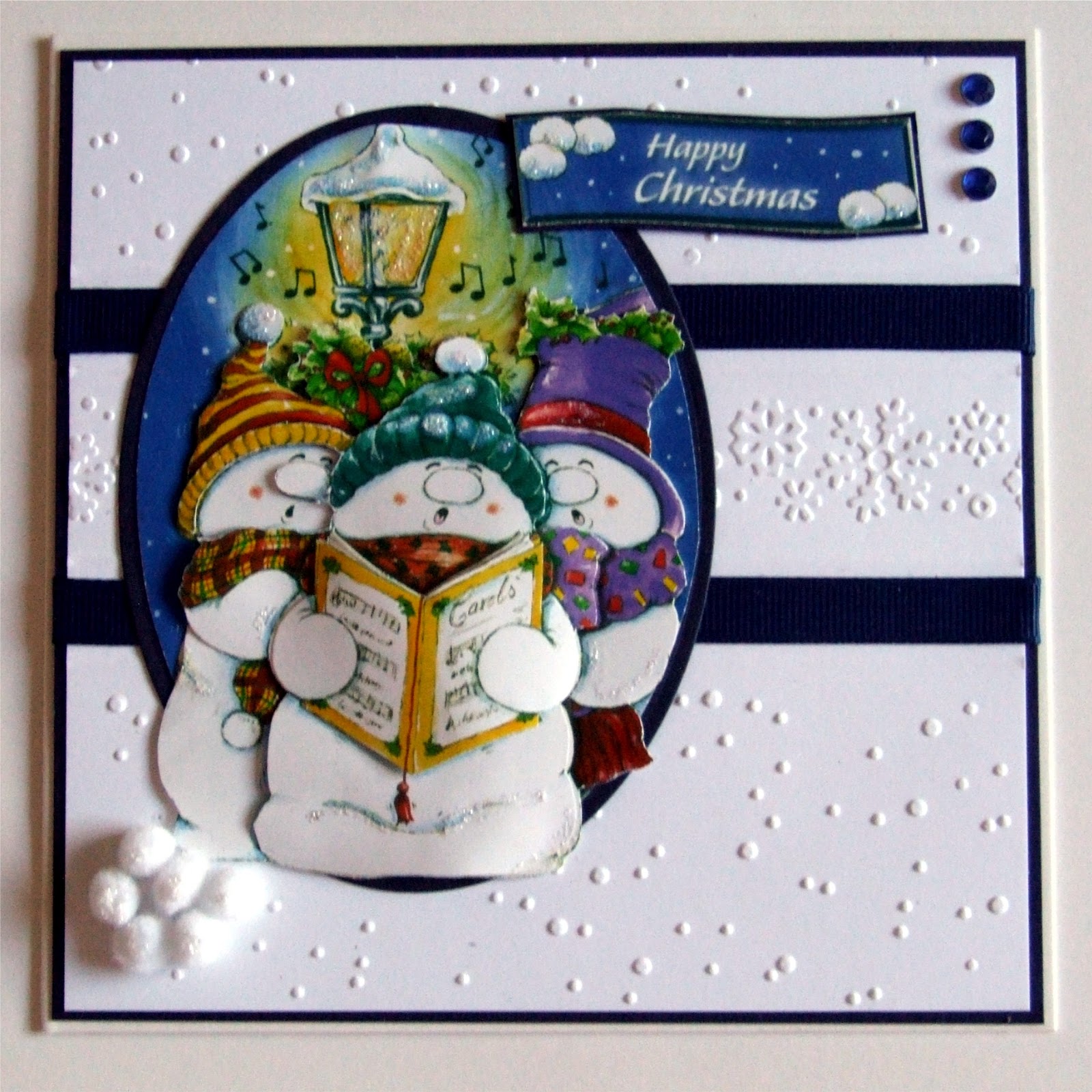 It's a long time since I did any decoupage but I thought it would make a change from stamping.

I was out with my younger son yesterday, he was attempting to use the vouchers for WH Smith he received at prize giving, they had to be used for books and the selection was really poor. I ended up buying them from him and using them. They did have Papermania 12x12 card stock ( 60 Sheets) on sale for £5.49 and I bought this as well.

Wow! I really like this Meg… such a fab image and the decoupage really brings the scene to life… Love the embossing and the cute snowballs! :-))
Thanks for joining us at Divas by Design this week!
I think they've really cut down on the selection of books at Smiths. My daughter wanted a particular book for a gift and they had to order it in especially... took a while but she got it just in time... day before her friend's leaving party!
Hugs Sue B xx

Adorable card - love the cute singing snowmen and the layers look fabulous.
Thanks for playing along at Winter Wonderland this week.
Good luck.
Debs xx